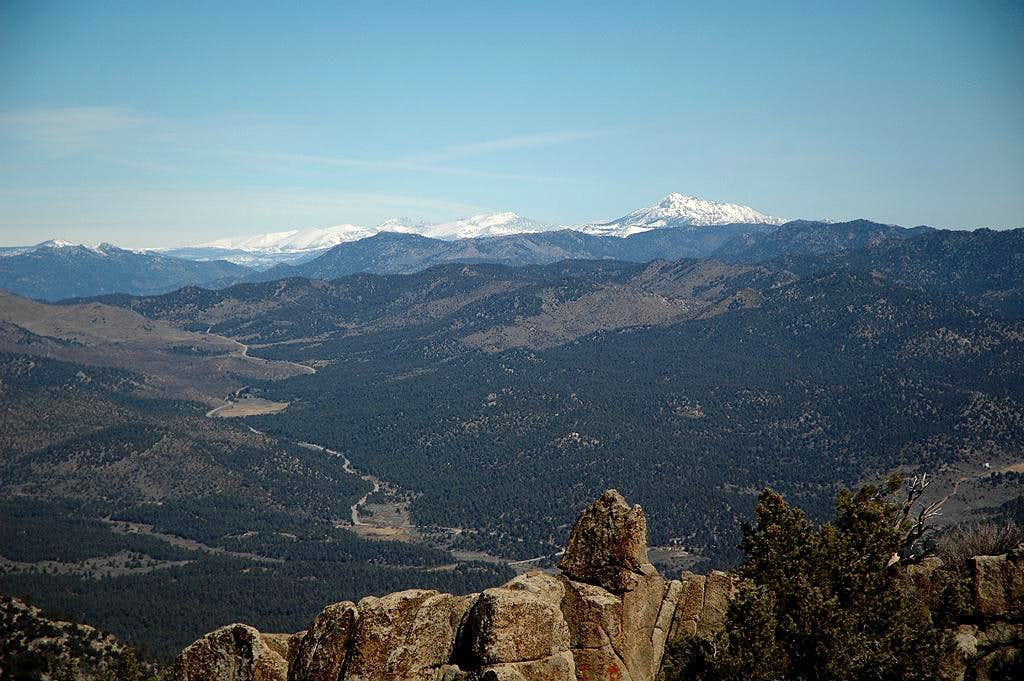 I believe the view from Sawtooth Peak towards the High Sierra is much better than from Owens Peaks, it's higher neighbor to the south. Sawtooth is several miles closer--Olancha Peak (the largest peak, right of center) is much more easily seen, as are Mounts Langley and Whitney (the next two big bumps left of Olancha in the photo). Also, there is little to impede the view of the lower valleys and peaks to the north. In this photo, Kennedy Meadows is in the broad valley left of center. April 9, 2006.
« PREV NEXT »