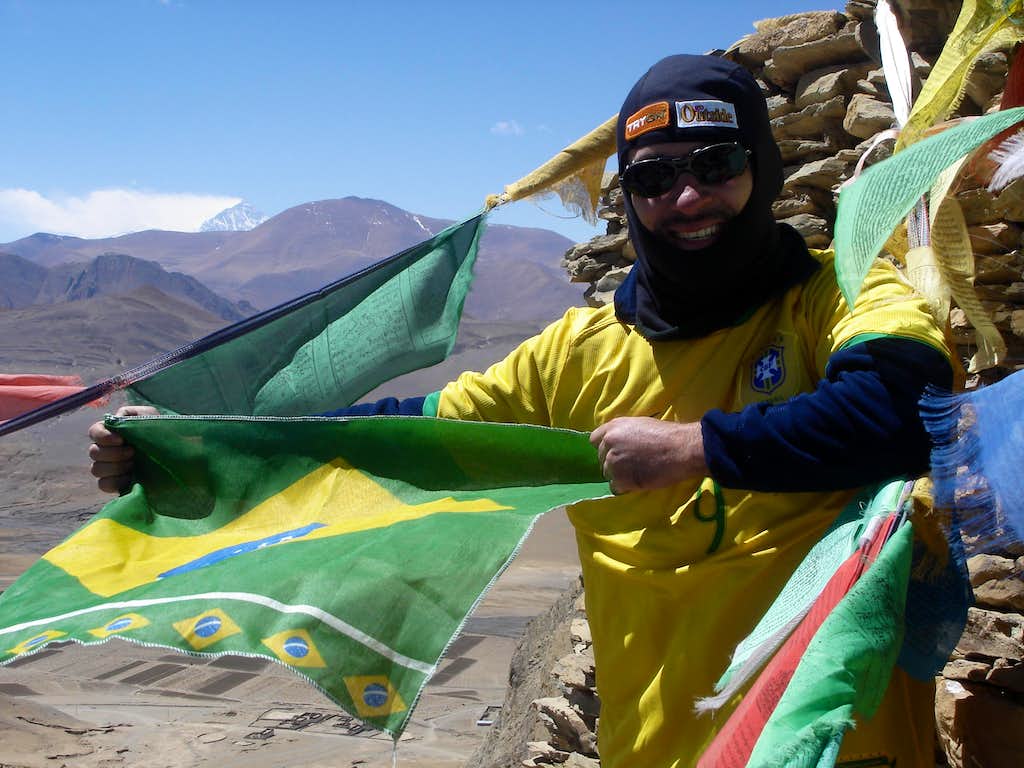 Vitor Negrete was the 2nd Brazilian climber to climb Everest without oxygen ( The 1st was Waldemar Niclevicz in 1996 ). He died in May 2006 in the Chinese side after summitted alone. His partner - Rodrigo Ranieri gave up the ascent because he was very tired and, said to Vitor that he dropped if he continued the challenge. Thanks Vitor for your bravery! Vitor Negrete (November 13, 1967 - May 18, 2006) was a prominent mountaineer and the first Brazilian to reach the summit of Mount Aconcagua, the highest peak outside Asia and one of the Seven Summits, from its south face. Negrete was also a prominent Adventure racer since 2001. Among many other adventures, he had crossed the Amazon Rainforest and traveled from São Paulo state to the southern part of South America - Tierra del Fuego - Patagonia on a bicycle. As a UNICAMP researcher in Food Engineering, he helped to introduce pre-industrialized food to poor communities in the Vale do Ribeira, south of São Paulo. He first reached the summit of Mount Everest on June 2, 2005. On May 19, 2006 Negrete again reached Everest's peak, the first Brazilian to reach the summit without supplementary oxygen, but he could not make it down and died near Camp 3. He was 38 at the time of his death. With permission to use in Summitpost.org www.everest2006.com.br / TryOn / GoOutside. Report of Negrete's death
« PREV NEXT »
Image ID: 254981