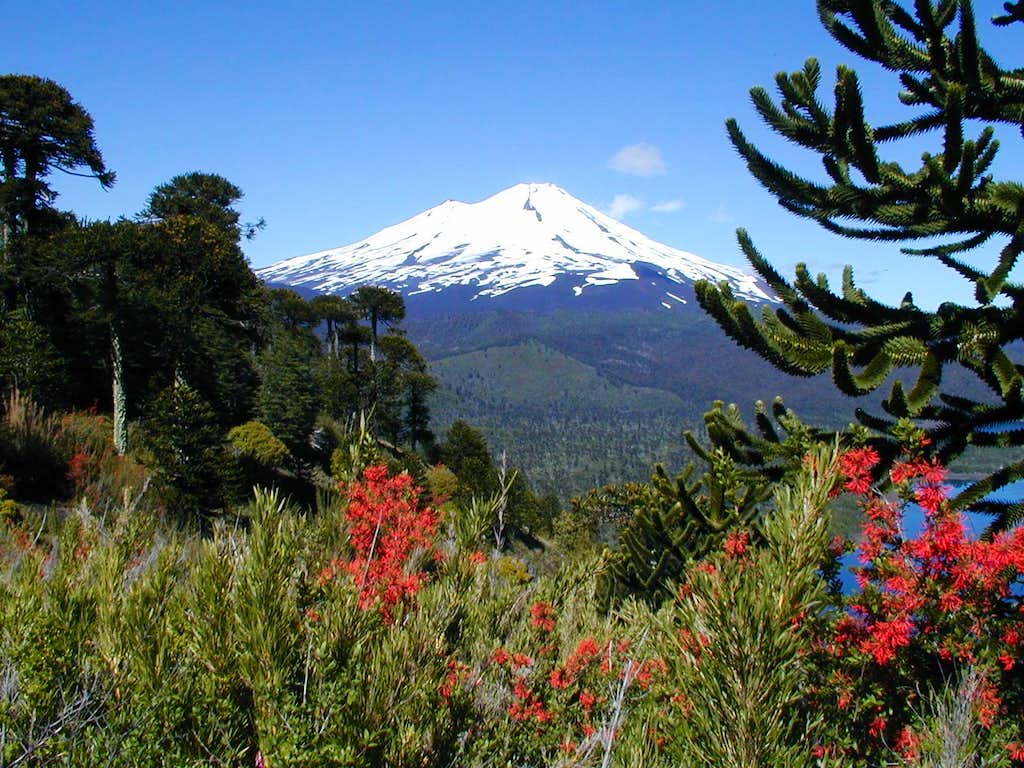 Yes,
PN Conquillo with Volcan Llaima and Sierra Nevada is one of the best stops someone can do if heading south into Patagonia starting from Santiago.
I stayed there to warm up with hiking before going for mountaineering further south.
I didn´t meet to many people there. It´s not a crowded place at all.

What colours!
Did you know that that trees are "araucarias" (Araucaria araucana)?

Yes for sure, I travelled all through the Chilean region that got it´s name from the tree.
Do you know the old indian story, how the tree got it´s native indian name? It had been the daughter of an indian king once upon a time ago (her name was Araucaria) and her father was banned to spend his life on the moon. His daughter died of sorrow but her soul went into the araucaria-trees and because she wanted to see her father so much those leaves were growing in the direction of the moon.

in a beautiful part of the world, one
that I've yet to see in person. You have
to love the folklore & tales spun in
regards to the natural landscape. Thanks!
Greetings from Arizona.

Go to Patagonia if you haven't been there yet!

BTW Thanks for commenting and voting!