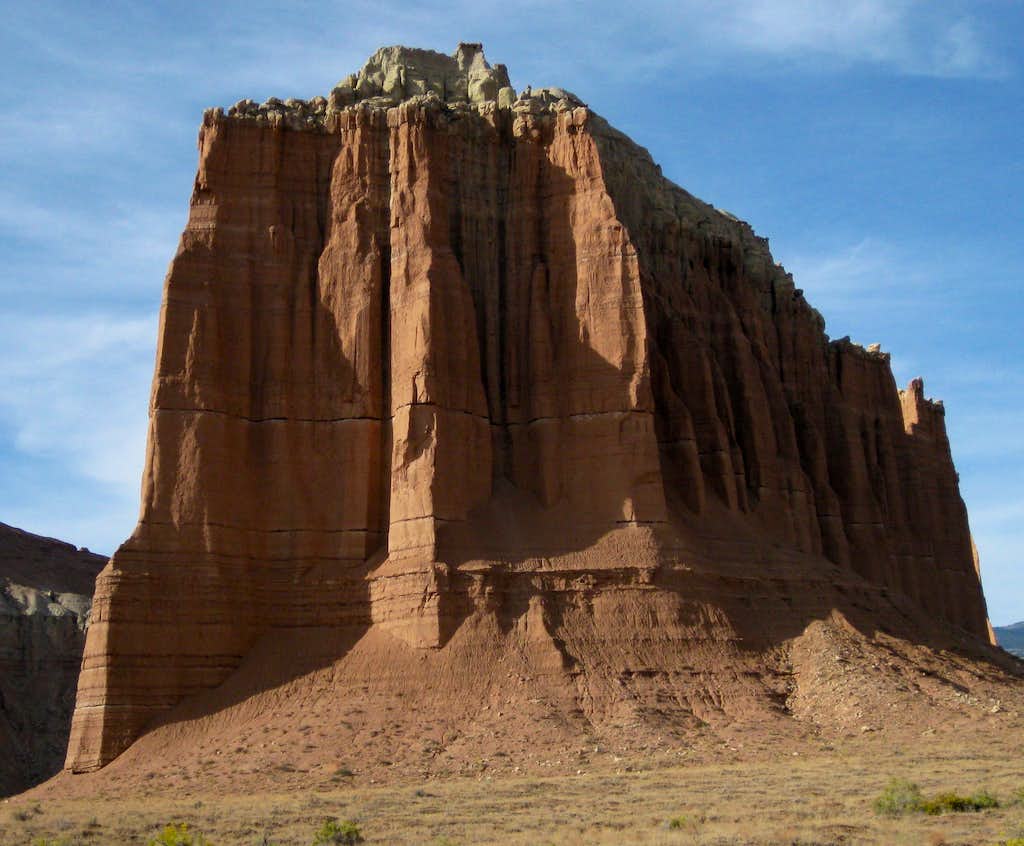 In Upper Cathedral Valley, along east-west cliff complex somewhat like a peninsula extending from Hartnet Plateau parallels the road. It was first called Wall Street for the supposed resemblance to the skyscrapers of Manhattan. Later, some began using Walls of Jericho in reference to visible crumbling. Regardless, it is one of the most impressive formations in Cathedral Valley. Capitol Reef National Park, Utah-- October 2009
« PREV NEXT »

Nicely done Bob.....beautiful as always. Thanks for sharing this one with all of us on SP.

Thanks, and congrats on your POTW. Nice to see Utah there, and nice to see a shot that's scenic and also has value to a page.

Sharp walls and lines, looks like Ship Rock from this angle.

I guess it does a bit. It is an awesome sight, and just one of many in the area. Not a place to miss!