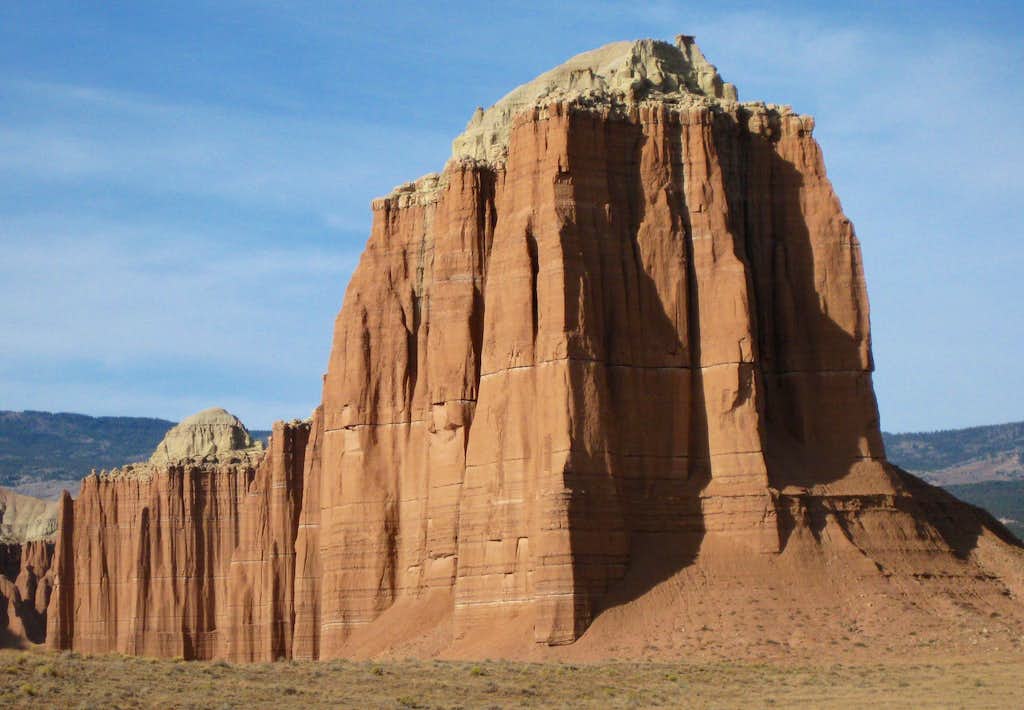 In Upper Cathedral Valley, along east-west cliff complex somewhat like a peninsula extending from Hartnet Plateau parallels the road. It was first called Wall Street for the supposed resemblance to the skyscrapers of Manhattan. Later, some began using Walls of Jericho in reference to visible crumbling. Regardless, it is one of the most impressive formations in Cathedral Valley. These walls rise over 400' from their base. The highest peaks of Cathedral Valley rise around 500'. Capitol Reef National Park, Utah-- October 2009
« PREV NEXT »

how high are these walls ?

I'd hate to have those walls

crumbling down on me, for cryin' out loud !!!

Re: I'd hate to have those walls

No, that doesn't sound too fun.

Is the route up that fin from the left?

I honestly don't know if this tower has ever been climbed. Many of the spires out here haven't, a few are closed to climbing, and I haven't been able to find any information on any routes that do exist.

I have never seen those places, but now I must look for some photos of them and see for myself!

Loading....
Happy Birthday to Me (and a Fool in the Mud)(Trip Report)