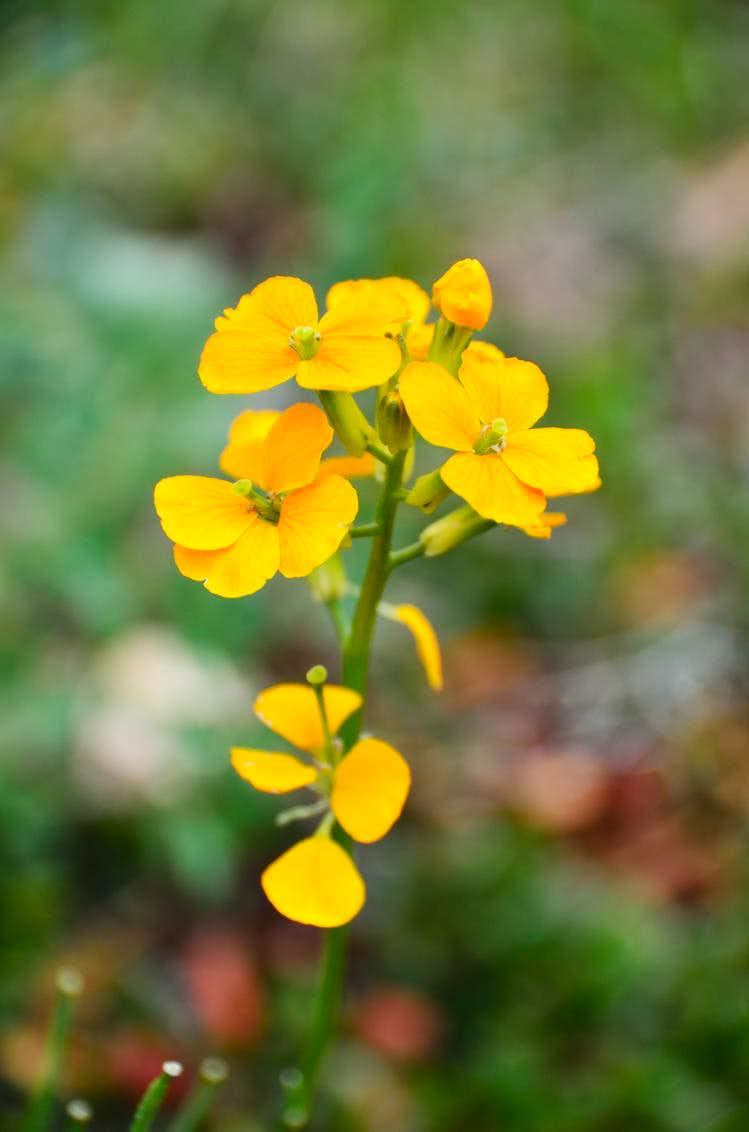 Erysimum capitatum Western Wallflower Western wallflower is an erect, leafy, biennial or short-lived perennial herb with simple strigose stems, lanceolate few-toothed lower leaves and reduced, entire-margined upper leaves, both alternate. Flowers appear on short stalks in a loose ± open cluster with four sepals and four showy orange to yellow somewhat clawed petals. The fruit is a 4" long ascending, four-sided or slightly flattened silique with oblong to elliptic distally-winged or non-winged seeds. Western wallflower is a common member of many plant communities, generally away from the coast, below 8000', in dry stony or woodsy places. A closely related plant in the Old World is a frequent resident on dry stone walls, hence the name. This species blooms normally from March to July and is exceedingly variable.
« PREV NEXT »