48 Km off the east coast of New Zealand in the Bay of Plenty is the country’s only marine volcano. To Maori it is known as Te Puia o Whakaari or “The Dramatic Volcano”. Pakeha still call it “White Island” after Captain James Cook first saw it in 1769 immersed in a cloud of white steam. In these days of political correctness the official name on all the maps is Whakaari/White Island. 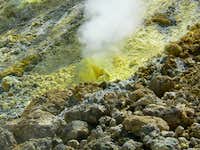 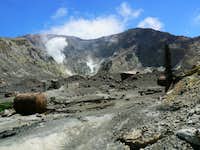 Old sulphur processing plant
Whakaari is not a climbing destination and normally I wouldn’t record such an entry on SP. However, the island is at the eastern-most extremity of the geologic arc - The Taupo Volcanic Zone – which extends some 300 km north and northeast across the North Island from Ohakune to White Island and which includes the well-known summits of Mts Tongariro, Ngauruhoe and Ruapehu. Completeness, therefore, argues for its inclusion here.

White Island is an active andesite stratovolcano. Although only 321 metres high at the highest point on the rim, most of the mountain is submerged and it has its real roots on the sea floor another 1,300 metres below the surface.

In the past, four separate attempts have been made to extract the abundant sulphur deposits found throughout the island. The third of these ended in disaster in 1914 when a partial collapse of the crater rim and subsequent lahar resulted in the destruction of the miners’ camp and the deaths of all 10 workers. Their bodies were never found. Learning from these mistakes, mining was again attempted from 1923-1930, this time from a sheltered camp on a flat area to the southwest of the crater. The ruined buildings close to the landing beach on Crater Bay are the remains of the processing plant that formed part of this last operation.

Whakaari is constantly active. Usually this activity is in the form of steam emissions and boiling mud. However, a major eruption took place in 2000 and a new crater appeared. This now contains a lake with a reputed pH value of 1! Further significant eruptions occurred in 1981 and 1983 all of which contributed to the island’s ever changing landscape.

White Island is now privately owned by the Buttle family and in 1953 was declared a private scenic reserve. Landing is with permission only and nothing there may be altered or removed. 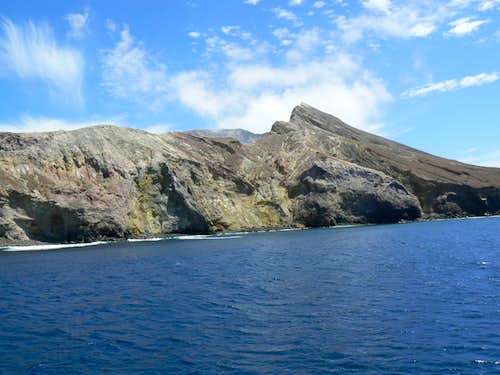 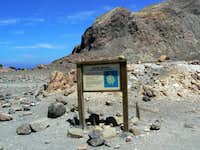 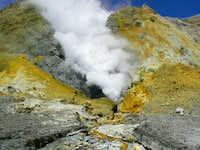 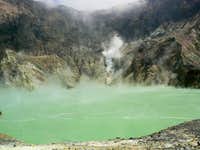 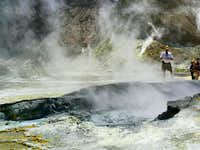 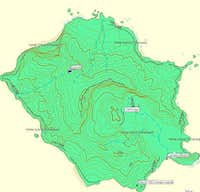 Map of Whakaari
Landing on White Island is strictly controlled and restricted to certain companies licensed by the Board of Trustees. Getting there is (obviously) by sea or air and your choices are as follows:

1. Pee Jay’s White Island Tours runs a purpose built launch once or twice a day from Whakatane depending on passenger load and sea conditions. Cost is NZ$175 including lunch. The company also operates a hotel close to the wharf but, rather surprisingly, doesn’t offer any deals involving a combination of room and tour. There are much cheaper accommodation options in town.

3. Helipro operate a whole host of airborne tours out of Rotorua amongst them Whakaari. Prices range from NZ$745 to $885 depending on whether a landing is included.

4. Volcanic Air Safaris also operate out of Rotorua and fly a floatplane over the island for NZ$495 or offer a helicopter landing for NZ$725.

Whichever option you decide upon, if a landing is involved expect it to be carefully monitored and strictly controlled. You will be equipped with a hard hat and gas mask. After just a few minutes in the perpetually steam laden atmosphere, you’ll quickly be reminded of your basic high school chemistry in that H2O + SO2 -> H2SO3 as your lungs start to effervesce ever so slightly!

The company guide will take you on a standard walk of about an hour’s duration around the crater and will also supply helpful commentary on the geology and history of the island. I’m not normally into such standard tourist fare but was suitably impressed in spite of myself. Naturally, my mountaineer’s eye was constantly scanning for routes up to the high point but spotted nothing from inside the crater that didn’t involve impossibly rotten rock and the necessity to wear breathing apparatus.

If you’re going by boat, Pee Jays make a trip right around the island before they leave and will also stop and, as they put it, “spend some time” with any marine life encountered en route. Personally, I wish they’d just leave the poor creatures in peace.

There's probably plenty of red tape involved in landing on a private island with plenty of objective hazards very close to hand. However, everything is taken care of by the licensed operator with who you're obliged to travel.

Climbing to the summit of Whakaari is absolutely and expressly forbidden. Even if it wasn’t I’d think twice about doing it from the crater anyway for the reasons outlined in the paragraphs above.

However, people clearly (and illegally) do it, as evinced by the fact that someone has stuck a porcelain cartoon dinosaur in front of GeoNet’s webcam mounted, I believe, on the east rim of the crater.

The true summit lies above the crater lake in the northwest quadrant of the island and any illegal climbers probably approach from the west side. Certainly, I spotted several steep vegetated gullies leading up from that side during our circumnavigation of the island. This is in no way a suggestion to try this. Whether or not a boat could land here is open to severe question. Personally, I wouldn’t try it.

Tourist destination or not Whakaari/White Island is a fascinating place to visit, particularly if you’ve climbed its higher cousins to the west. For more information visit:

And there’s always a lot of good stuff, including more links on The Whakaari/White Island Wikipedia site. 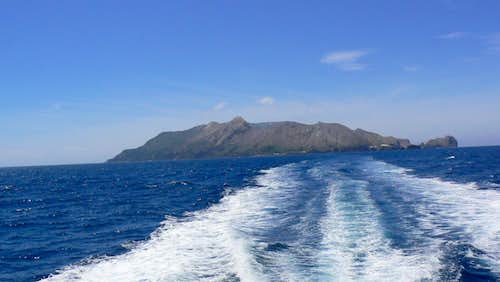