Which snow field should I take? 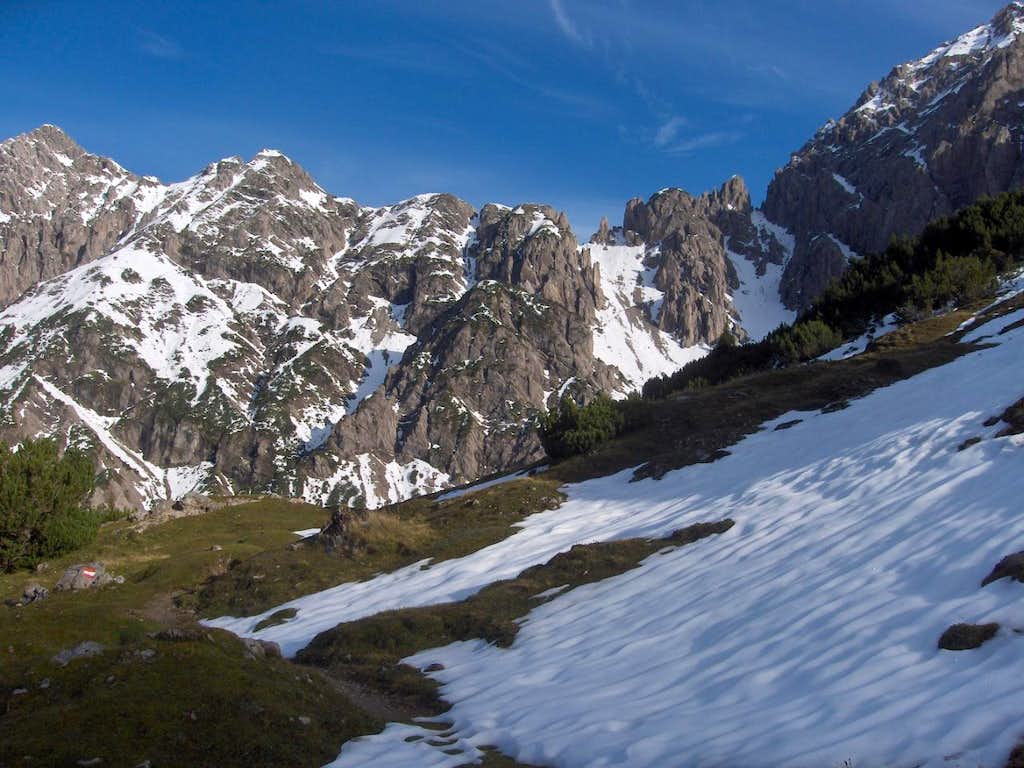 One of these two gullies leads to the Eppzirler Scharte, a gap in the ridge with a trail going over it into the valley on the other side. But which one? At this point, the snow is't too deep and I can see the trail, but only a little bit further up, it's all covered in snow, and there are no footsteps to follow either. I'm the first one here since the last snow fall a few days ago. Here is what I thought about this puzzle. I knew there were steel cables from the Eppzirler Scharte leading to the Erlspitze, the mountain on the right of the ridge (the summit is outside of the picture). And so, I can go up either one of these two snow gullies, but which one to choose? I thought, if the right one is the Eppzirler scharte, then the right one is right, and the left spells trouble! There won't be a trail going down the other side, nor a steel cable securing the ridge, so I might find myself forced to come back down this way again. Alternatively, if the left one is the Eppzirler Scharte, then the left one is right, but the right one isn't too bad either, because I can follow the steel cable down to the left one! So, I figured, the right one is the logical choice, because even if it's the wrong one, I'll be all right. And so I headed up the right one, which, of course, was the wrong one, but, just as I had thought, I could follow the steel cable to the left one! Are you still with me? Later that day I learned that the couloir that I ascended leads to the Erlscharte. September 10, 2007.
« PREV NEXT »