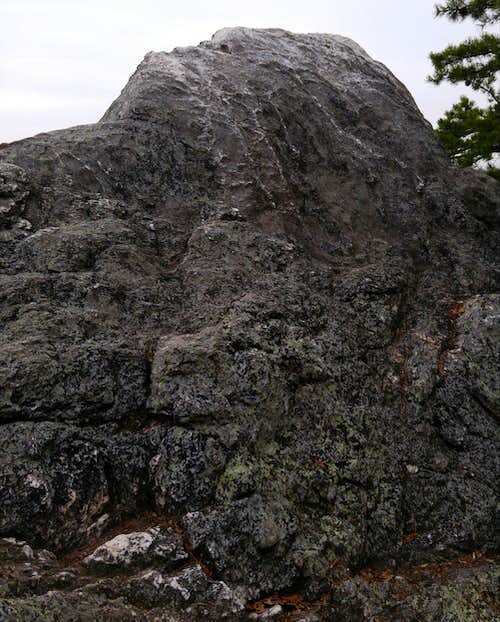 White Rocks
If you're tired of the crowds of hikers and other climbers around Boy Scout Ledges and Middle Earth at Sugarloaf, try White Rocks. Although it involves a 15-minute uphill hike, which seems to be a big undertaking for a lot of weekend climbers, there are some excellent climbs here in a setting that sees much less traffic than the aforementioned areas do. Of particular note is The Sherpa Connection (5.8), considered by many to be Sugarloaf's best trad route, but there are several other decent leads as well as some toprope routes ranging from fun to very hard.
Another benefit to climbing at White Rocks is that the crag is not subject to the gate hours that the main area at Sugarloaf is. Climbers who like a really early start can be frustrated by the year-round 8:00 opening time at Sugarloaf, but if they head for White Rocks instead, they can start as early as they like.

There are all kinds of ways to get to Sugarloaf Mountain. Google Maps is your friend here.
Once you reach the park, instead of driving through the gates, head west on Comus Road and then turn right onto Mount Ephraim Road to go north along the west side of the mountain. This is an improved dirt road that is often wet and has a lot of potholes.
After about two miles, find an obvious trailhead with parking available on both sides of the road. Look for signs indicating North Peaks Trail and White Rocks to be sure you're at the right spot, as there are some other parking areas along the way.

From left to right as you face the wall:

Sugarloaf is privately owned. The corporation that owns it is friendly to climbers, so don't abuse that. Use safe practices and clean up after yourself.

Spring and fall are best. Summers are hot and humid, but climbing in the morning usually works. Because the crag faces north, it is often too cold in winter to climb comfortably.