Why they call it Red Rocks... 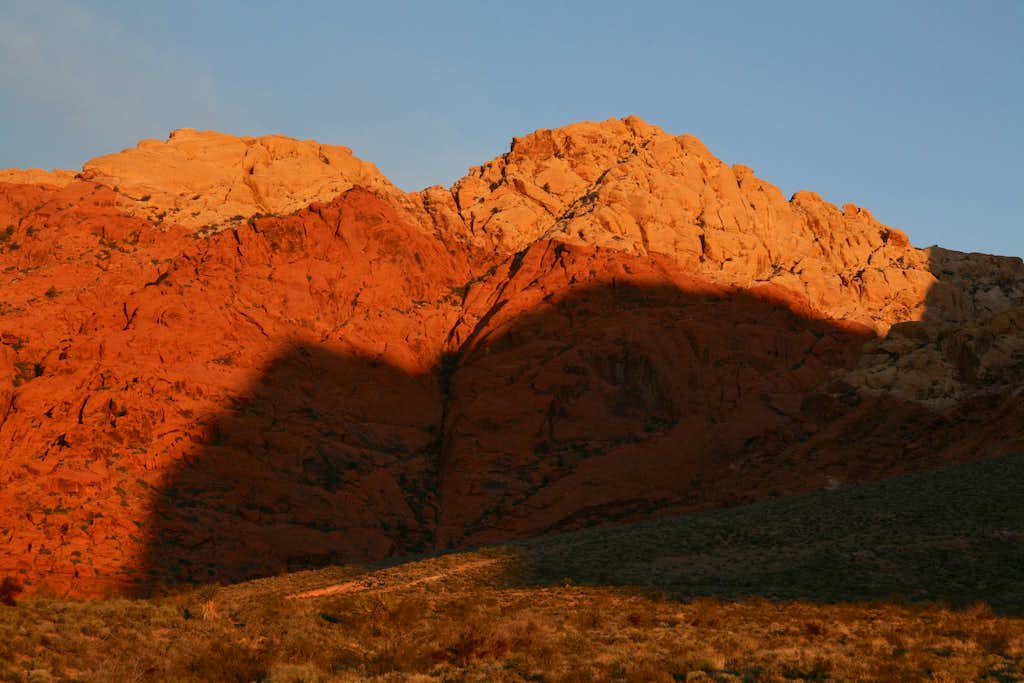 The Calico Hills seen from near the parking area in Calico Basin at dawn. These beautiful peaks and outcrops are so vividly colored that they remain spectacular to view all day long, even in midday when most of the desert is devoid of strong color and contrast. Both peaks lack official names, and the one on the left, which I've nicknamed West Calico Tank Peak, seems to lack even an unofficial name. The peak on the right has a summit register identifying the peak as Calico Tank Peak. In spite of appearances here, the two peaks are not part of the same ridgeline; a drainage and a saddle separate them. Both are Class 3/4 scrambles. Red Rocks, Nevada-- April 2009
« PREV NEXT »

Been up those too

Those two yellow peaks are fun, easy mini-peaks to bag while you're in the area of Red Cap.

Re: Been up those too

Another day...I look forward to it!