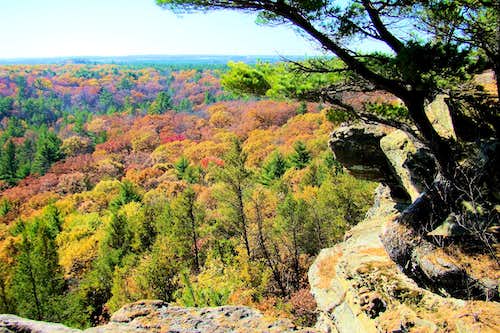 Ever since my first fall colors hike in Colorado’s aspen groves, it has become a high priority goal every year for me to get in as many hikes as possible in the autumn.  To me, it’s a tonic for the soul to drink in the brilliant colors of autumn leaves set against sharp blue skies or nestled among beautiful rock formations.  And though I prefer the sunny autumn days, even cloudy or hazy days will have beautiful nuances as well. 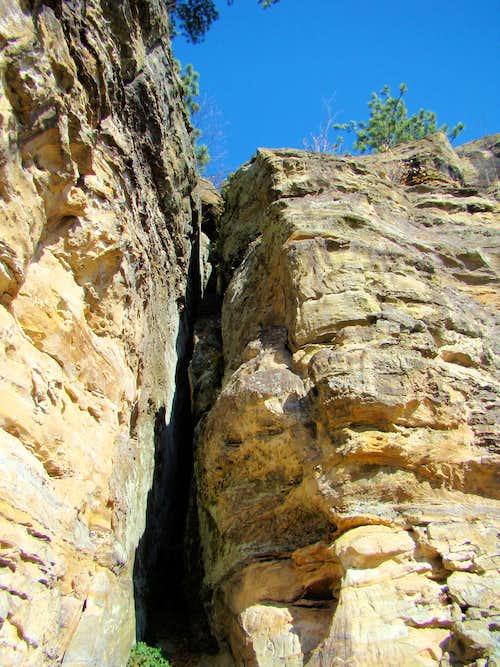 For all my life, I have been able to witness beautiful autumns in various states I lived, and now Wisconsin.  During a year of near-record rainfall, it could be tempting to give up and “wait until next year” for a good opportunity.  Thankfully the local weatherman’s pattern of gloomy forecasts every day did not always prove to be true.  Following two nights of freezing temperatures, in which I was concerned all our fall colors would be wiped out, October 25th dawned with clear blue skies and much of the autumn color still intact. And a side benefit of the overnight freezes was that there were virtually no bugs left.

I had already gotten my gear ready days before, while I hoped and waited for an opportunity.  It was an easy choice to head for Wildcat Mound in Clark County, where I had done some exploring earlier in the year.  I expected to have the peak to myself, since it was a weekday.  However, I found kindred spirits there in the form of six other hikers, who were also there to drink in the gorgeous day, basking in the autumn sunshine with mild temperatures and a light breeze.  The other hikers chose to start with the upper portion of the loop trail, so I took advantage of their choice to have the lower portion to myself for undisturbed photo ops. 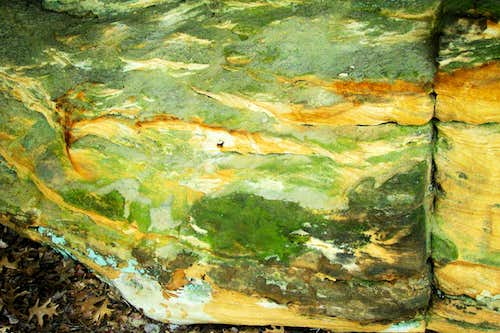 It’s tough to say which half of the loop is more scenic, since the upper part has such great overlook views, while the lower part has all that fantastic rock.  It was very interesting to again examine the mound’s sandstone rock formations and oddities.  Iron in the sandstone has created natural stains that look like leopard spots or tiger stripes in some places, giving it a very unusual look.  It’s said these were the inspiration for the “Wildcat” name of this peak.  Also of interest were a few shallow caves that can be found among the cliffs and overhangs.

Many people over the last century have carved their names or initials in the soft sandstone.  However, there are also a few places where weathering would give basis for the possibility that some of the patterns carved into the rock could be very old petroglyphs.  It makes me wonder… 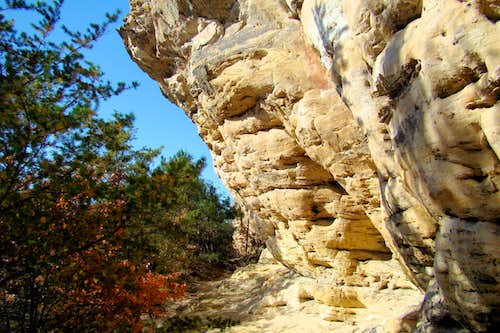 Rocky Overhang Along the Wildcat Trail

There are several noteworthy rock overhangs to pass under on the lower portion of the route.  However, perhaps the most magnificent rock is one particularly high cliff that might be close to 100 feet high.  No doubt any serious rock climber would look at that wall of sandstone and wish that it was formed of strong and stable rock so it could be safely climbed. 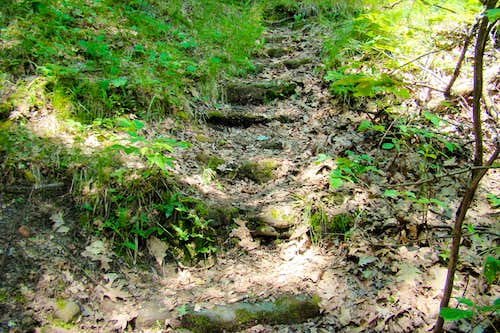 I skipped the stairs carved into rock at the far end of the loop, and found a good place to scramble up the rocky side.  In a number of places on the trail loop, it is very obvious that there is almost no trail maintenance.  When I was at the mound earlier in the year, there was one tree fallen across the trail and it looked like it had been there a long time.  It was still there this time also.  I suppose this is not necessarily a bad thing, as it keeps this a more rugged hike and discouraging to mountain bikers and horseback riders. 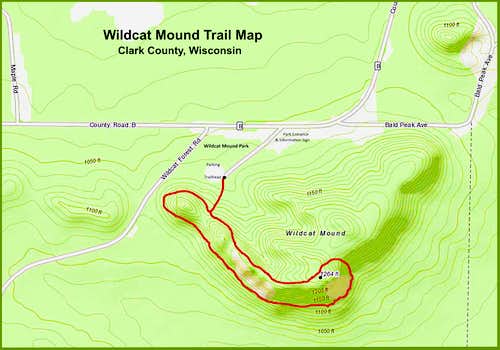 There is no benchmark or even a cairn at the summit, helping a little to give it more of an “undisturbed feel”.  It also inspires one to be sure to familiarize one’s self with a good map before doing much exploring here.  There were no trail markers along the trail anywhere (except the trailhead, of course). 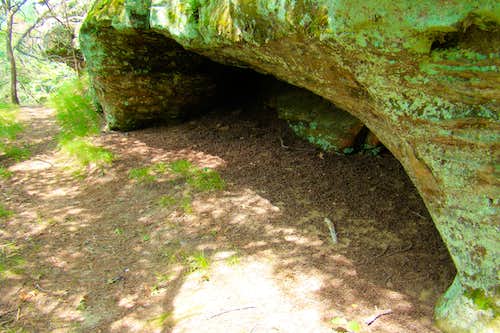 The upper portion of the loop is shorter than the lower, but still offers a number of locations for rocky overlooks to step out on for great views and photos.  Personally, in view of the soft sandstone and the real possibility of some crumbling, I would not hang the toes of my boots over the end of any of the overlooks.

While I was atop one of the overlooks, the group of other hikers came around a bend.  Since they saw me taking photos, they asked me to also take their group photo on that overlook, so I gave it my best effort and they were glad to have a scenic group picture. 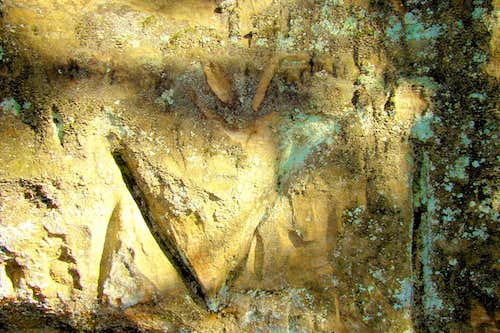 Carvings in the Sandstone

The time on Wildcat Mound came too quickly to an end.  I wished the loop trail wrapped all the way around the peak.  Perhaps someday the county will see fit to extend the trail.  For now, though, I will content myself with having been blessed with an ideal autumn day to visit one of my favorite hiking destinations in Wisconsin.