Will I make it there before the clouds move in? 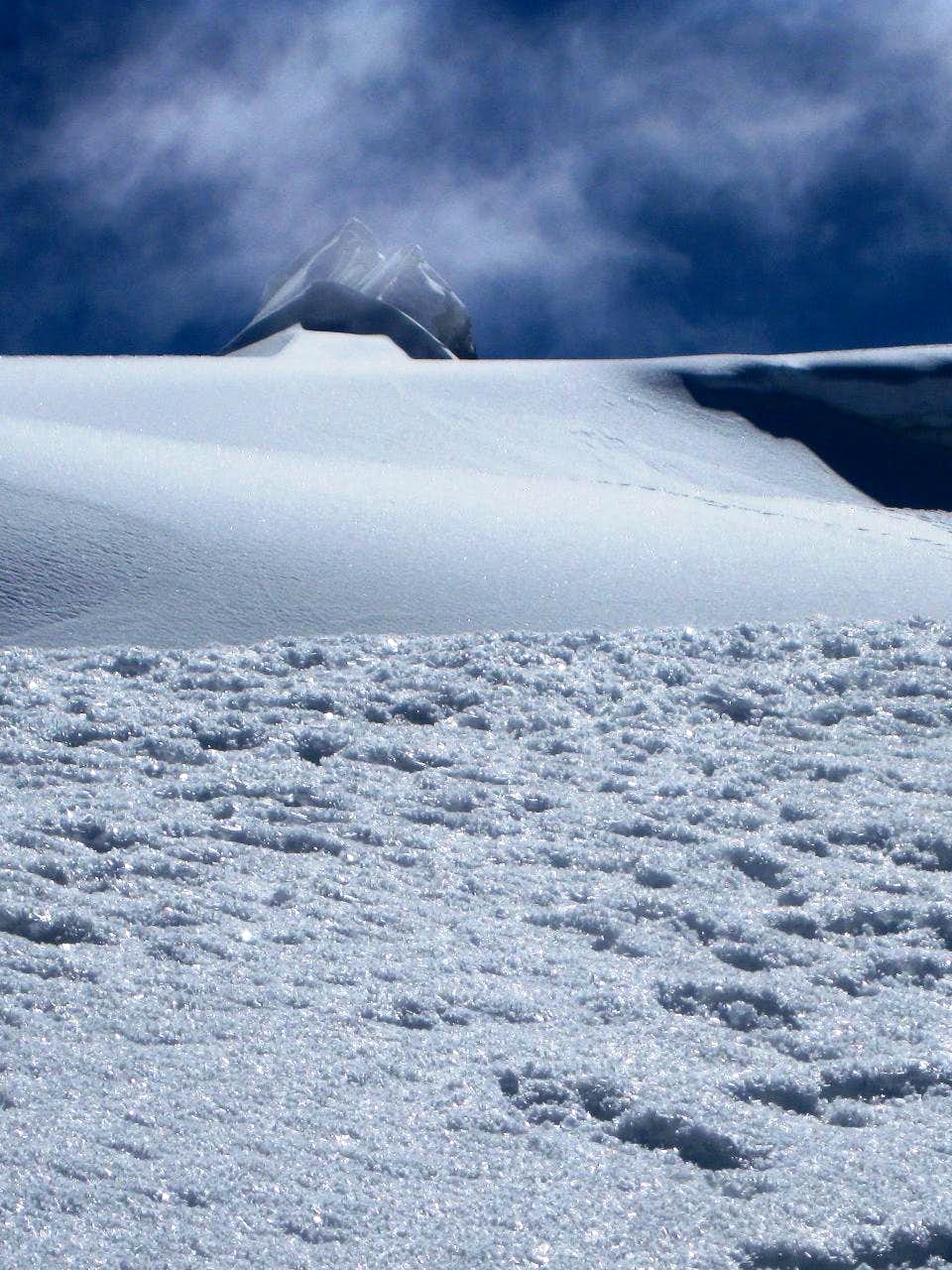 The summit of Vallunaraju looms in the distance. It was a typical day in the Cordillera Blanca: clear skies early in the morning, followed by gradual buildup of clouds around the high summits. Normally, an alpine start is to be recommended, in order to be on top early in the morning. However, I had only started after sunrise, because I wanted to see where I was going. As a result, I found myself in a race with the clouds. I got lucky. Only minutes after I got there, the clouds came in. I barely had time to snap a couple of summit shots before visibility dropped dramatically. I knew I wouldn't have a problem finding my way back down, even in thick clouds. For the most part, the trail was like a highway. The only thing was that I had not camped in the usual place for high camp, so, lower on the mountain, I would have to retrace my own steps instead of following the big trail. As it happened, on the descent, I quickly dropped out from under the clouds again. Even on the summit, they more or less dissolved. All in all, it was a beautiful day! 14 June 2011.
« PREV NEXT »