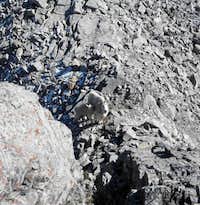 Crowsnest Pass is an obscure thin section of the Canadian Rockies that connects Kananaskis Provincial Park with Waterton National Park along the continental divide (border of British Columbia and Alberta). To drive from Canmore and/or Banff to Crowsnest Pass can take 3.5 to 4 hours. There is not much in the way of technical climbing in the area, ice nor rock. However, Crowsnest Pass offers a few scramble objectives amongst a smattering of small Canadian mining towns. Waterton National Park to the south at least offers some fine waterfall ice objectives in the winter along with its scramble collection. The Crowsnest area in contrast offers little in the way of technical climbing (in comparison to the National Park areas/towns). You are more likely to run into hunters and fishermen on their ATVs and snow mobiles than climbers, skiers or scramblers in the backcountry. 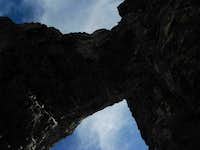 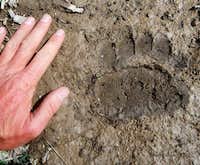 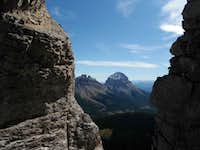 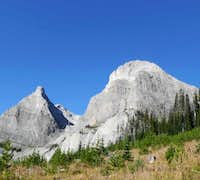 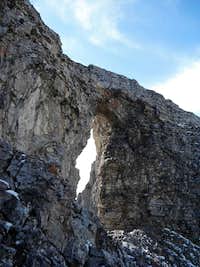 Window Mountain is, in my opinion, the most interesting of the scramble objectives near Crowsnest Pass. Crowsnest Mountain is the most popular objective in the area, but Window Mountain truly possesses one of the more unique formations in the Canadian Rockies, an arch the size of which I have only seen via sandstone in the southern Utah desert. How a limestone arch of this size can sustain the weight of itself is beyond me. The window created by the arch could fit a two story house.

Many scramblers abide by Kane’s suggestion in his guide book to just meander up to the base of the window, which is not the summit of Window Mountain, and call it a day. Thus he gives the objective an easy rating in his scrambler guide book. However, avid and fit peak baggers will prefer to bag Mount Ward, Allison Peak and Window Mountain in a day, dropping down to the base of the window on descent. This makes for a true circumvention of the entire area skirting the continental divide repeating few steps. This strategy also lends Window Mountain’s true summit to the difficult category of scrambles, in both the descent from the connecting ridge between Mount Ward and Allison Peak and the descent from the summit of Window Mountain to the base of the window itself. Although involving some 5th class moves, I still consider this objective a scramble versus an alpine climb. Despite all the peaks and sub peaks involved, I made this complete three peak ascent and descent in 4.5hrs from the Window Mountain Lake trailhead to my vehicle parked out on the Allison Creek Road (Range Road 52A-53A). I have read another party record 8hrs for this trip, so plan accordingly. In any regard, the elevation gain and loss among the Crowsnest objectives is far less than most located in the National Parks.

The window itself frames Crowsnest Mountain and Seven Sisters to the southeast. I descended upon, within 10m, a goat and her kid at the col between the highpoint on the Ward-Allison Ridge and the Window Mountain summit. If I were a mountain lion, the kid would have been toast. On return to Range Road 52A-53A, I pushed a young black bear down a clear cut road (before he entered the thick regrowth) for about a km in late September during prime berry season.

From the Crowsnest highway, just west of Coleman, Alberta, head north on Allison Creek Road towards the impressive Crowsnest Mountain monolith to the north. After a few kilometers the pavement ends and the road officially becomes Range Road 52A-53A. Take the right fork at the end of the pavement. There is a decent open campground several kms along this road, located on both sides of the road. It is a staging area for snow mobiles in the winter and ATV’s/hunters in the summer and offers fire pits and even some run down outhouses. Continue well past Crowsnest Mountain and Seven Sisters on the right. The mountains on the left (northwest) are in fact Allison Peak, Window Mountain and Mount Ward. When you get due east of Window Mountain (kind of a turret-like summit) and Mount Ward, there are three separate roads heading west to the base of these mountains. The first one is just about due east and is more of an ATV trail up a steep and rough road. The second is more level and follows a fence on its left side, and with the proper vehicle, would take you all the way to the base of the scree slope at the base of Window Mountain and Mount Ward. With a long based pickup, I had to park at the main road and hike several kms down this second option to reach that scree field. I chose to park here to save time on the return. However, one can also take the third road on the left to the Window Mountain Lake trail head via a better road. If choosing this third option, on return you will be required to gain some elevation up and over a treed ridge to reach your vehicle at the end of the day versus gaining that same treed ridge at the start as I did.

As with most scrambles in the Canadian Rockies, the driest time is from June through September. We climbed these peaks in late September in good condition with some fresh snow on their northern aspects. Crowsnest Pass scrambles are the driest and lowest elevation objectives in Kane’s guidebook and thus more plausible during the shoulder seasons.

Most of the land surrounding the Crowsnest pass objectives is leased to ranchers and timber companies. Access and camping to the scramble objectives in Kane’s book was fairly wide open in 2011.