Window Rock, and Apple and Pear 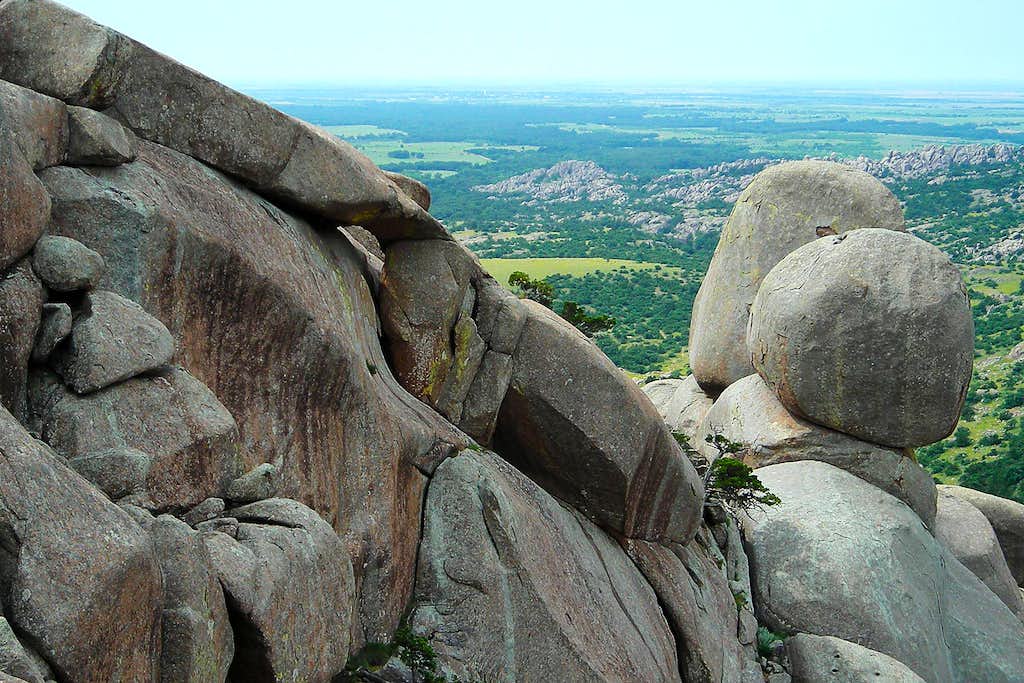 It's a great scrambling challenge to ascend from Valley of Boulders in Charon's Garden Wilderness, Wichita Mountains Wildlife Refuge, OK, to Apple and Pear, which dominate the valley from high above. The above image was taken by my son, Curtis, during his June 2007 ascent. It shows the view as Apple and Pear are approached. They would continue their approach off the image to the left, then down the rock face behind the arch in the center of the image. Here's an image I shot from the opposite rim shortly after the above image was taken. It gives scale to the actual size of Apple and Pear (They're much bigger than they look!).