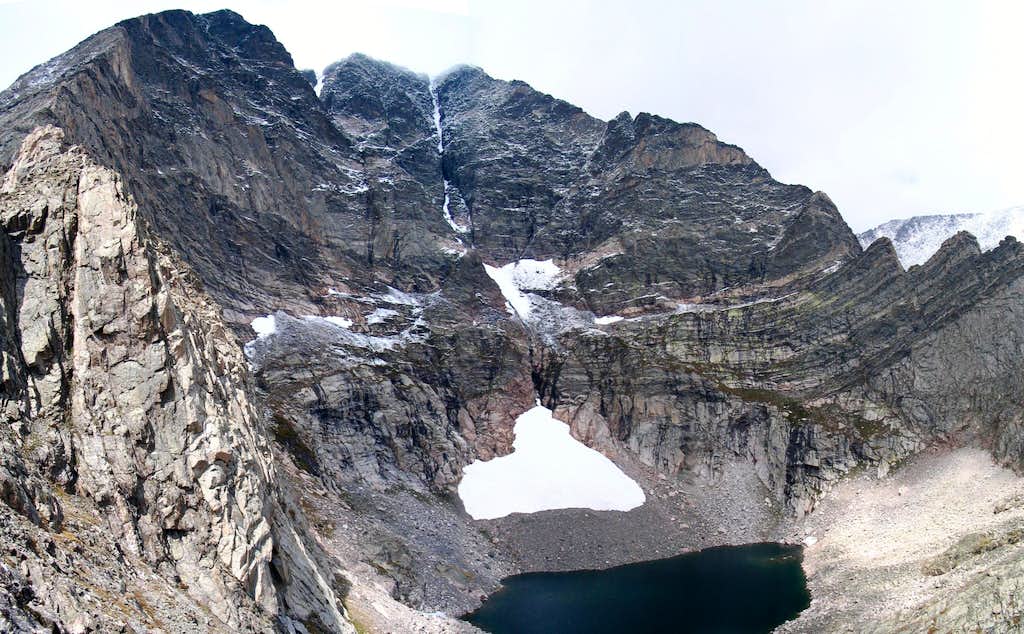 Ypsilon Mountain, East Face, as viewed from lower sections of Donner Ridge, Sept. 10, 2006. Just beginning the Donner Ridge, which rises on the left of the photo. Blitzen Ridge visible on the right, with the prominent "Four Aces". Although the Donner Ridge does not exhibit the regular seration of the Blitzen Ridge, the geology is similar, and smaller cliff sections block easy passage, beginning several hundred feet above Spectacle Lakes. Lack of rope and harness, as well as some nearby thunder, turned us around, but the route is beautiful, running above the lakes and in constant view of Ypsilon's east face. We hope to return, better prepared.
« PREV NEXT »

This would also be useful on the blitzen ridge page.

Thanks, dan. Attached to Blitzen too.