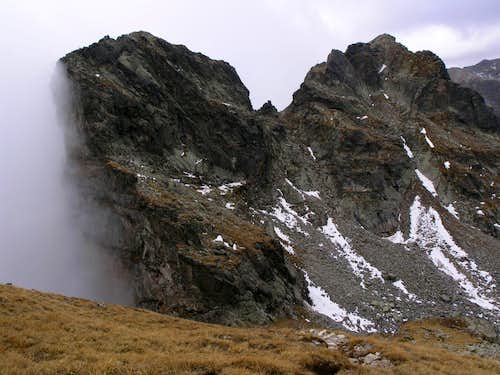 The north faces of Zliya zab (left) and Orlovets (right), and the pass in between. Photo by amorpheus

Follow the unmarked path that leads from Orlovets Shelter to the chute between Zliya zab and Orlovets. Walk up to the pass at about 2630m that divides the two peaks. On reaching the other, southern side of the massif, turn left and walk along the base of the walls that protect the crest of Zliya zab against the casual hiker until you get to the rib connecting Zliya zab to Dvuglav. (The distance from the pass to this spot is less than 100m.) Now - provided that the weather is favourable and the rock is dry - you can scale the defensive wall protecting the top of the mountain fortress at its weakest point. This crux of the hike is a short (a little more than a dozen vertical metres) scramble, not harder than UIAA grade II, over pretty solid granite. Since a fall would be fatal, most parties prefer to use a rope. This is route no. 3 in this picture. You can also have a look at this video. Having scaled the ‘bad step’, you will walk over easy terrain, for about a hundred metres, to the highest point. The top of Zliya zab is fairly broad and the views are fine, especially those of nearby Orlovets and Malyovitsa, and the Rila Monastery down in the green, wooded valley of the Manastirska reka. In the east Musala, the highest mountain in the Rila, can be seen. 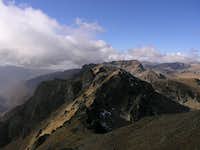 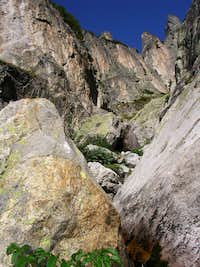 Wild ravine on S side

This chapter is concerned with how to get to the cirque whose south headwall is formed by Zliya zab and Orlovets. There is an unstaffed, rudimentary shelter (bothy) in the cirque at an elevation of approx. 2250m, owned by the Bulgarian Alpine Club (BAK) and called Orlovets or Granitna Voda. (In fact, Orlovets was the name of the original shelter which burnt to the ground several years ago, and the new structure, built from what was left after the fire, was christened Granitna Voda.) From the shelter, it takes about three quarters of an hour to get to the summit of either Orlovets or Zliya zab. The easiest way of getting there is an approach from the north. You can leave your car or get off the bus or minibus (from Samokov, a town 55km south of Sofia) at the Malyovitsa resort, near the entrance to the national park. Take the trail marked both blue and red that runs up the Malyovitsa river, past the Malyovitsa hut, towards Malyovitsa peak. After crossing the river for the second time since passing the hut, carry on walking upriver for less than half a kilometre, then leave the red marks and cross the river again, sticking to the blue marks. When you reach Orlovets Shelter, you will have walked for 2.5-3hrs and gained over 800m in elevation. As far as day hikes are concerned, it is much less likely that you will decide to choose the Rila Monastery as your start point. A walk up via Kirilova Polyana (Кирилова поляна) and the green marks to Kobilino Branishte (Кобилино бранище) Shelter means an elevation gain of 1,000m and takes about four hours, and you would need another four (or at least three) to get to Orlovets Shelter from there. (Please see the map.) When it comes to rock climbing, the most convenient base for those climbing the walls of Zliya zab will be Orlovets Shelter, but those who want to climb Dvuglav will most likely begin the approach at Kirilova Polyana. Information (in Bulgarian) on the approach routes can be found here (please scroll up and click 'information'). A few helpful links: 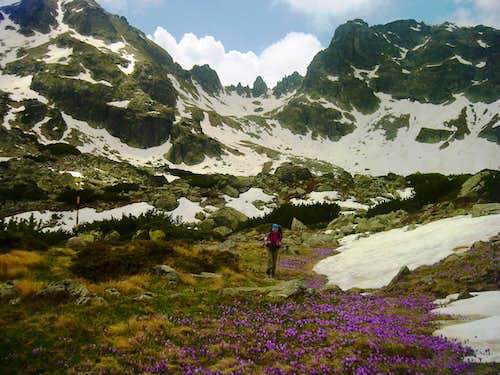 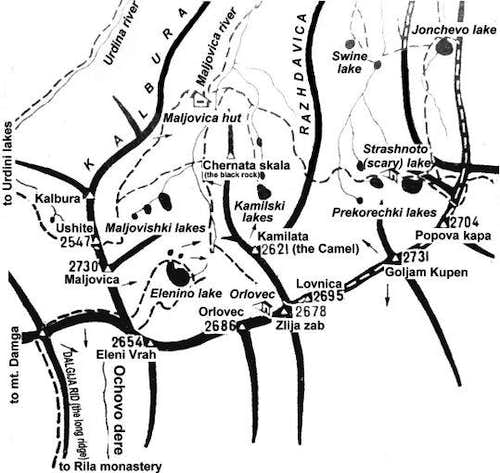 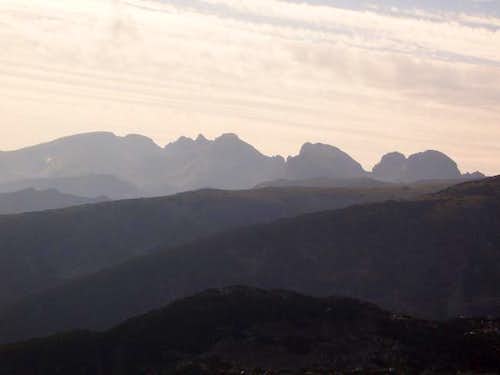 When to Climb, Weather & Rescue 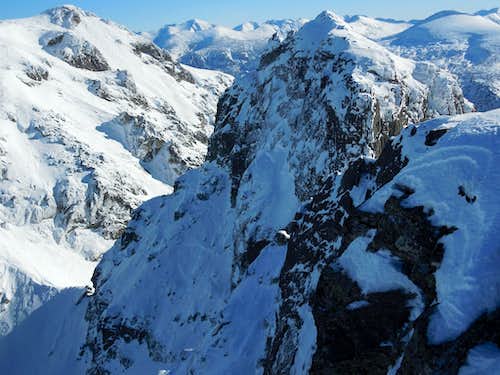 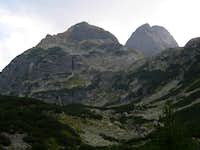 View from the hut

The Rila Mountains are protected as the Rila National Park. There are no fees to pay or permits to get, but camping is only permitted on designated sites near the huts. However, emergency bivouacs are OK. NB Quite a few hiking routes are not waymarked. Please see the park's website for details. The shelter at the foot of Zliya zab and Orlovets can sleep up to ten people, but bear in mind that it is not supposed to be used by hikers unless in an emergency. The nearest mountain hut is Hizha Malyovitsa at 1960m, from where you can get to Orlovets Shelter in 1.75 hours. The hut is convenient for hiking throughout the most attractive chunk of the Northwestern Rila - from the Seven Rila Lakes (Седемте рилски езера) in the west to the massif of Kupenite (Купените) and Strashnoto (Страшното) ezero in the east. In the Malyovitsa resort, two miles away from the hut, apart from hotels there are guesthouses offering rooms with an en-suite bathroom at very reasonable prices.

This page would be bleak without the photographs submitted by Andrey Pramatarov, amorpheus, bdkurtev and taikavuorimies 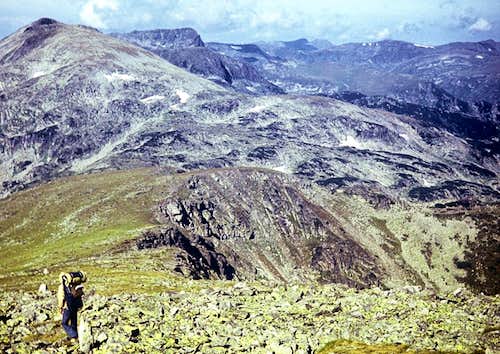 Approaching the rockiest chunk of the NW Rila from the east, August 1979