Colin and I hatched the plan for a weekend backpacking trip early in the week, and by Friday we had settled on Leroy Creek Basin North of Leavenworth. The goal would be to climb Seven Fingered Jack and Mount Maude, then whatever else we had time for. The Forecast looked decent until Sunday which suggested rain showers, likely in the afternoon - so we prepared to pack out early Sunday for some sport climbing near Vantage before returning to Seattle. Work and traffic made for a late departure and a longer drive than we had hoped.


We pulled up to Phelps Creek Trailhead at 9 o'clock and were on the trail by 9:30. Despite passing faint trails just past two of the first few creeks we had no trouble locating the climbers path after crossing Leroy Creek, the widest of the bunch. We experienced minimal bushwhacking, but we were both exhausted from a long day so we set up camp at the first flat spot we found, about 600' below the upper basin. It was well past midnight by the time we had eaten and crawled into bed, and we agreed to forego the early start. 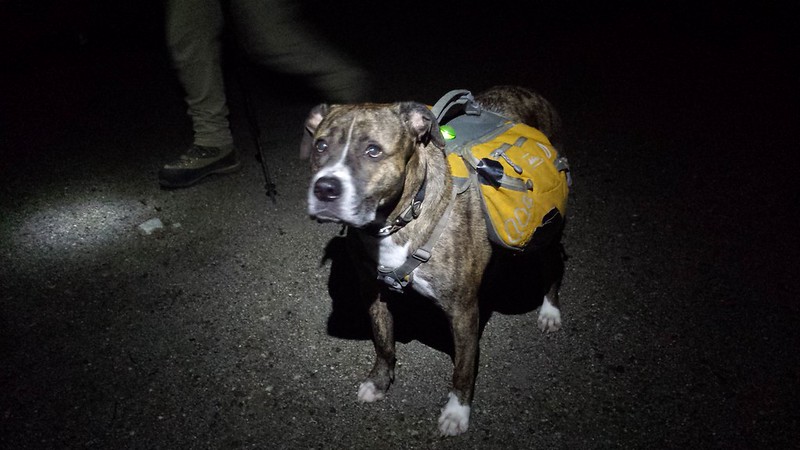 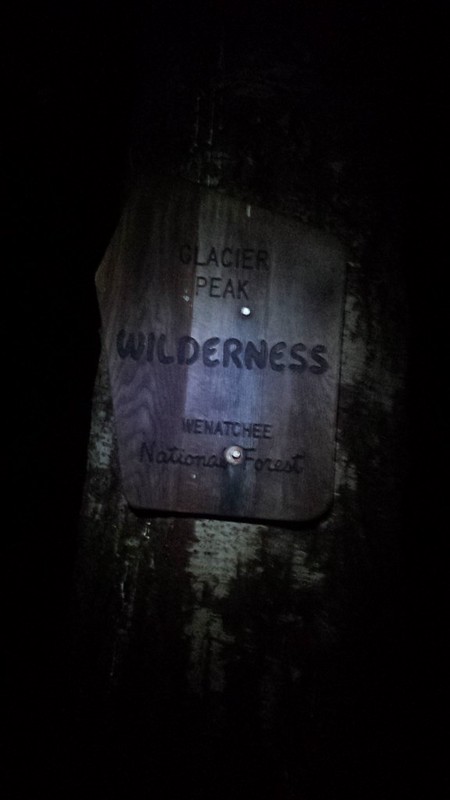 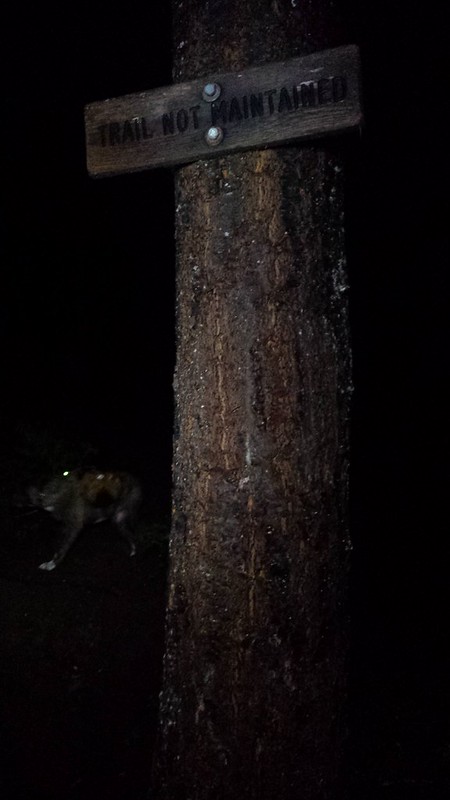 As we started out from camp just before 10 am it was clear that we had wasted the best hours for snow travel, and with each subsequent post-hole it became all the more obvious that we would not have time to make both summits. During a rest stop at the campsites in the upper Leroy Creek Basin, we decided to first tackle 7FJ and then let the cards fall where they may. We could see a few different route options, but there was just enough snow cover to further disguise the slope degrees from below. 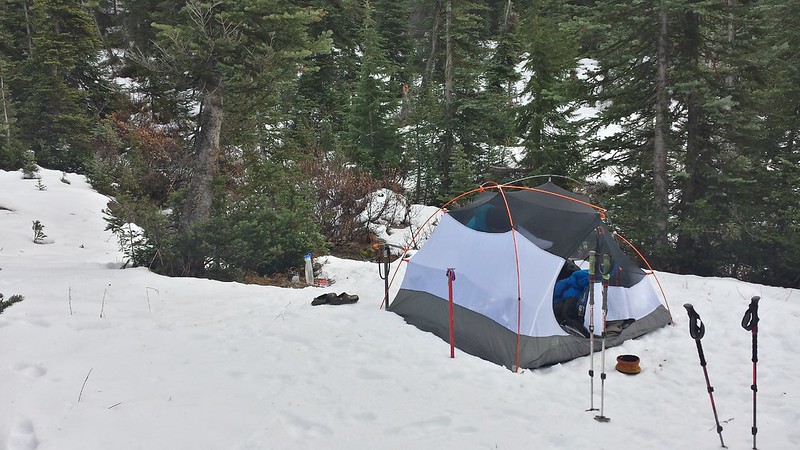 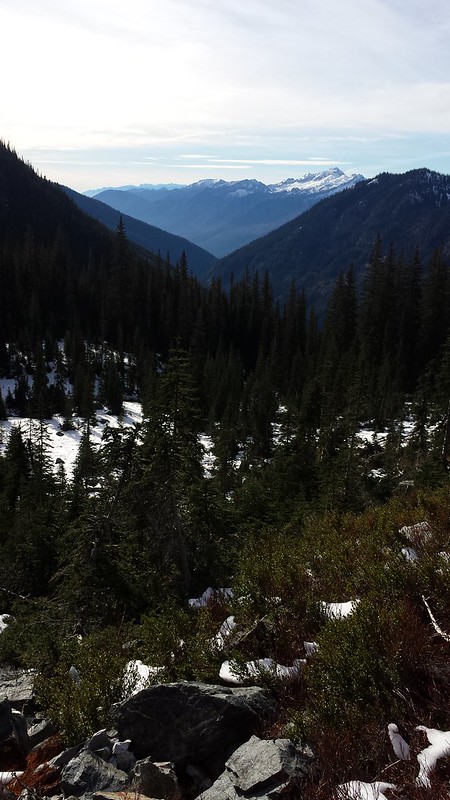 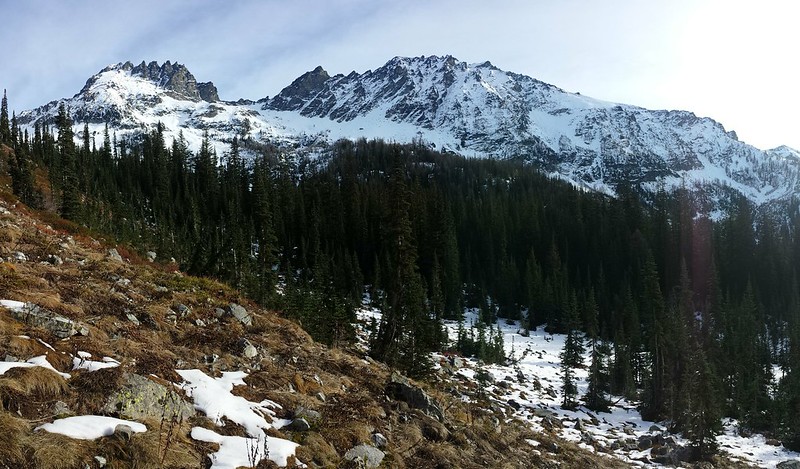 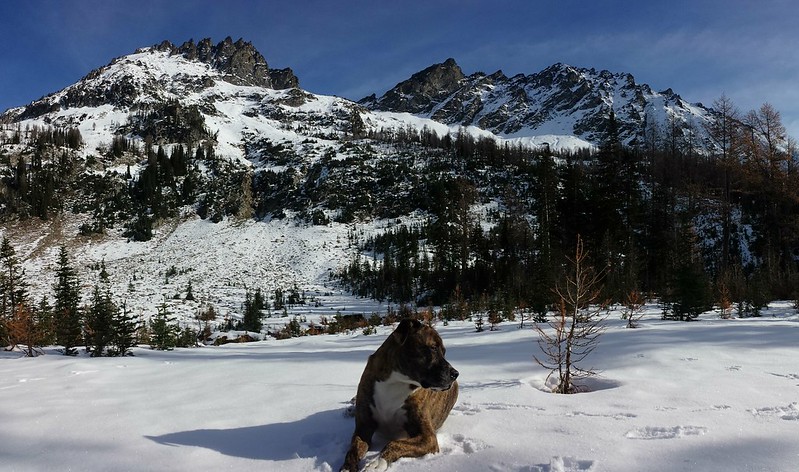 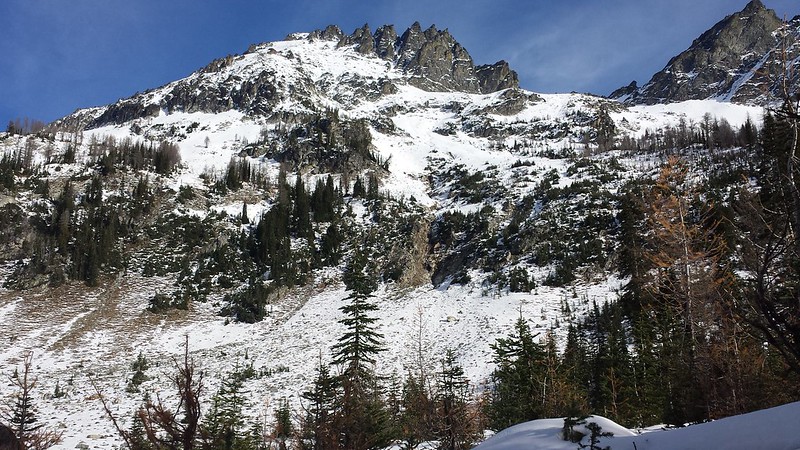 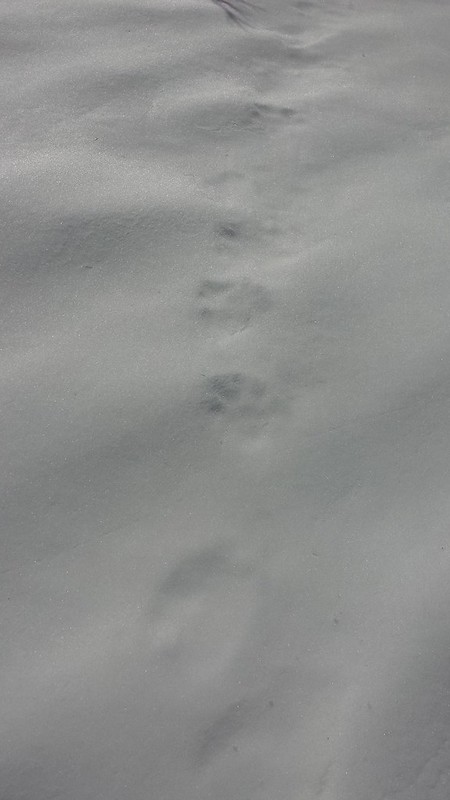 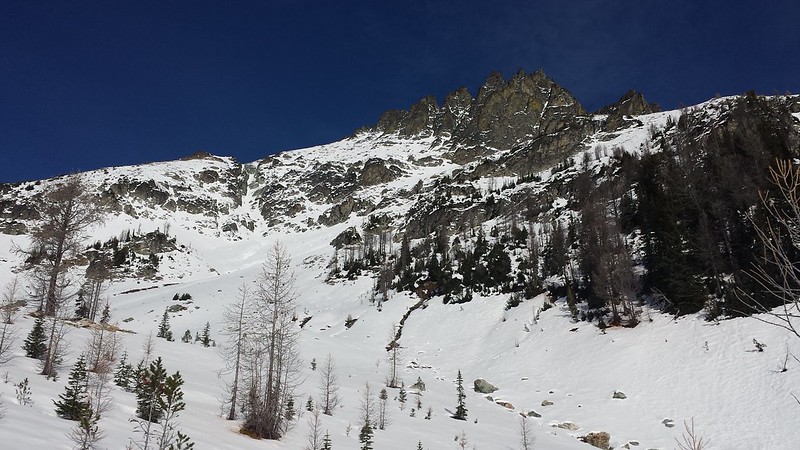 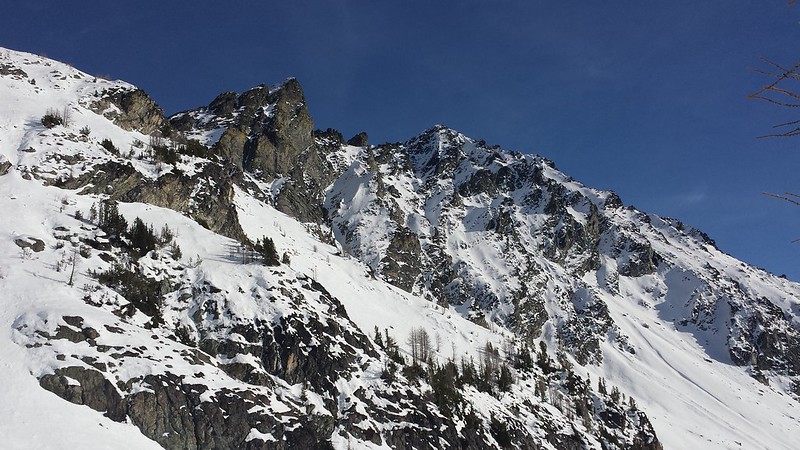 As we neared the saddle the east-to-west traverse below the finger cliffs looked appealing, however it would require some travel through potential avy terrain. The West Ridge looked steep, but do-able, and with a slightly safer approach. After crossing an ~40 degree snow field and prodding Maverick through a sketchy scramble we had gained the ridge. Halfway to the summit we agreed that this would not be a fun descent route due to steep exposure and loose rock. 10-20 mph wind blasted us from the west as we neared the summit. 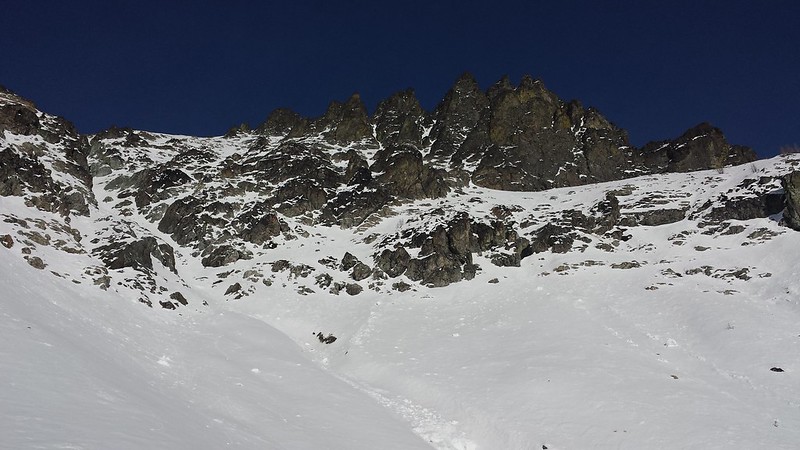 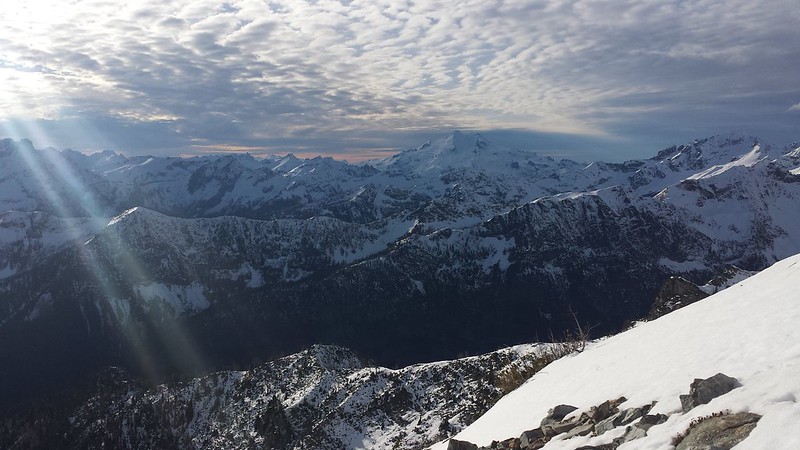 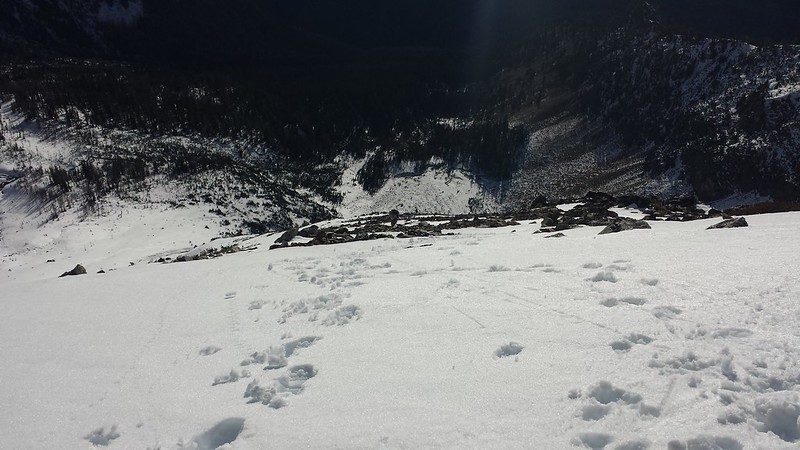 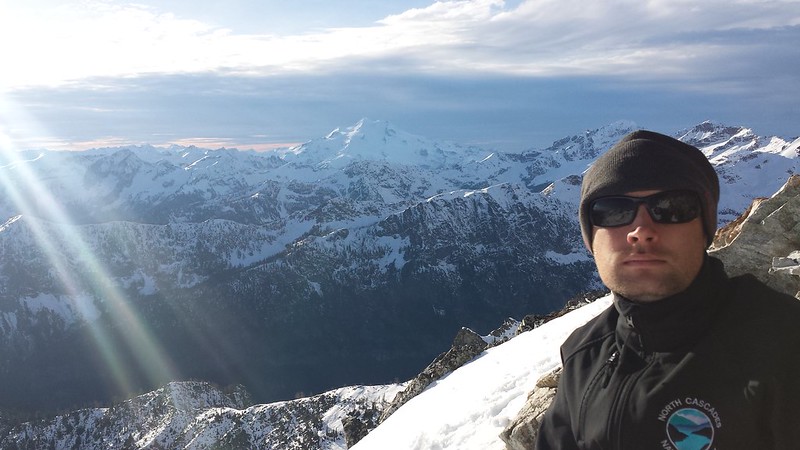 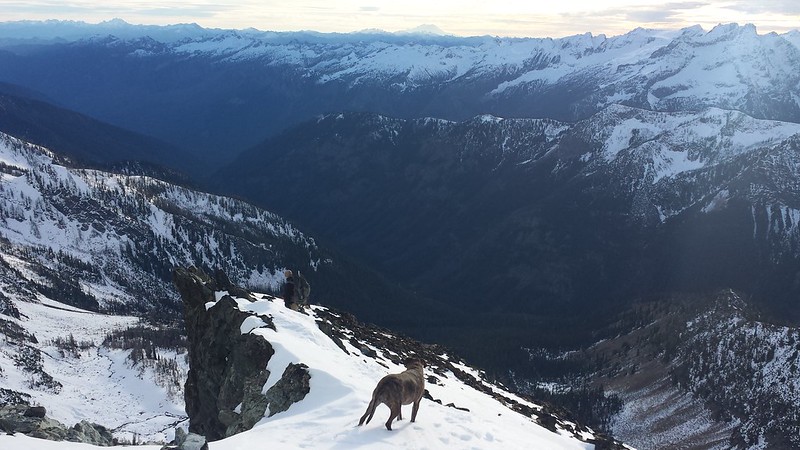 Crampons and ice axes came out for the final 100 feet or so. Views were outstanding from the top, but howling wind and a quickly setting sun chased us away before we could even get the motivation to search for a register. We traversed toward Maude on the descent and we were glad we did. The 2-3 feet of week-old snow had baked for hours in the sun, making for a slow and painful descent into the trees. We stopped briefly for the sunset and cursed our lazy selves for getting such a late start on the day. We returned to camp well after dark and were passed out by 9. 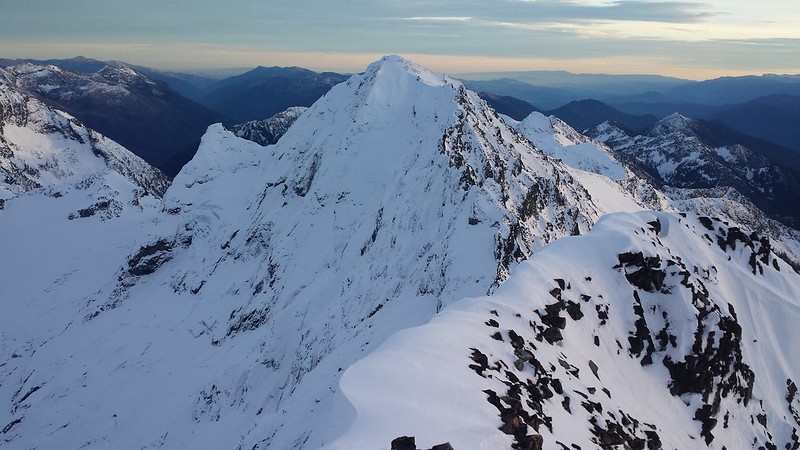 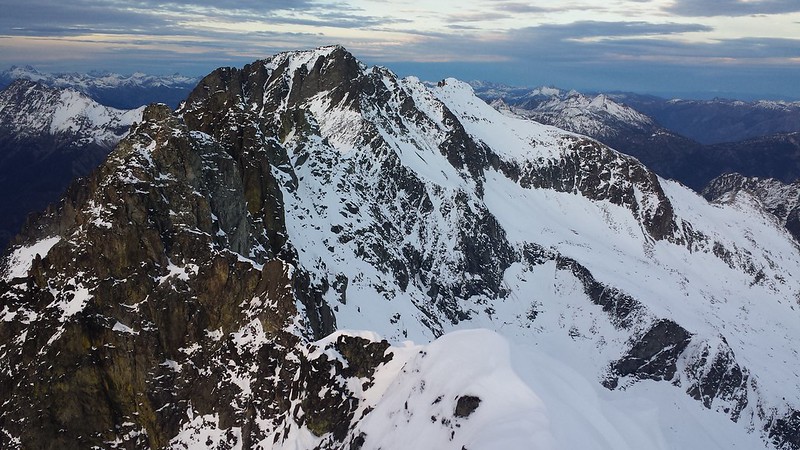 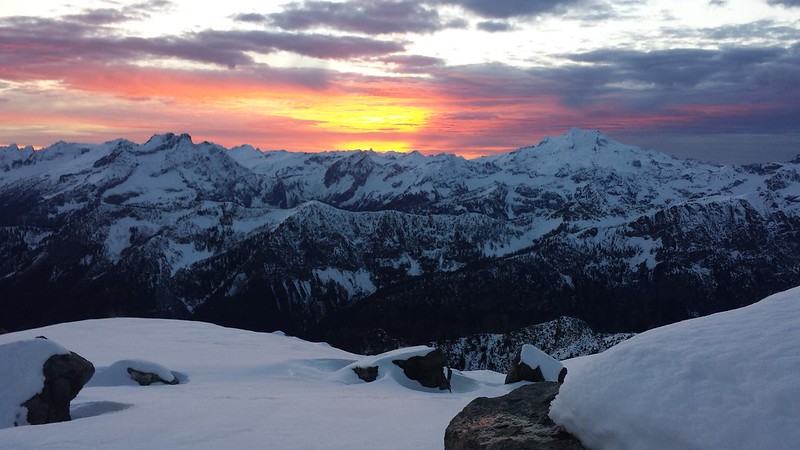 We got about 3 inches of snow overnight which thankfully did not turn to rain until we were nearly back to Phelps Creek Trail. The waterfall on Leroy Creek, which we had only heard on our way up Friday night, was gushing when we passed. The largest puddle in the road had grown almost too large for my tiny escape to pass it. Back in Leavenworth the rain had subdued. Vantage was bathed in sunshine, as usual, allowing for us to get a few hours of climbing in at The Feathers before sunset. 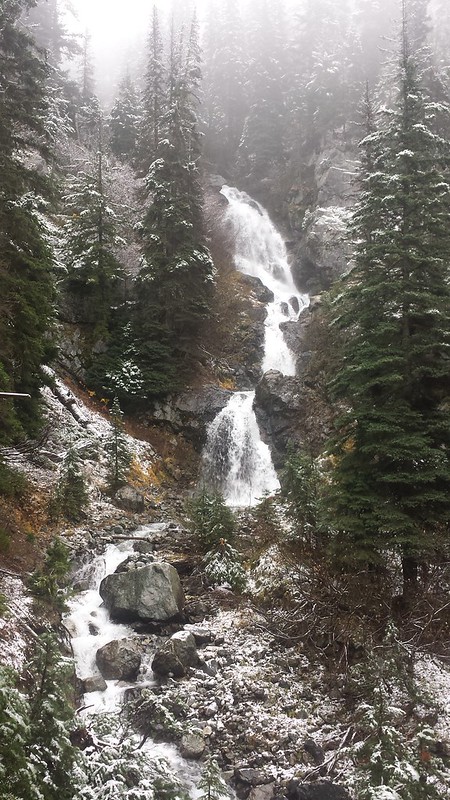 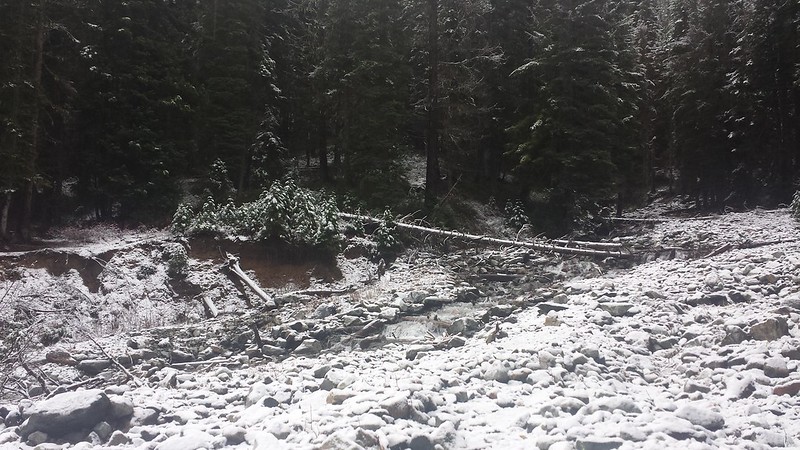 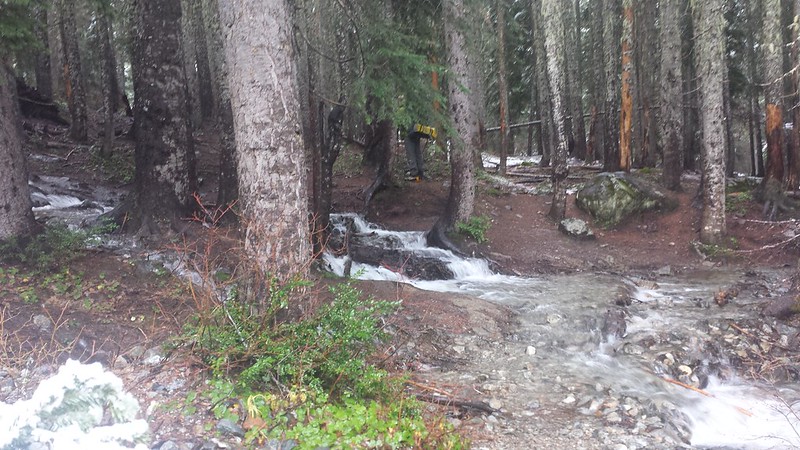 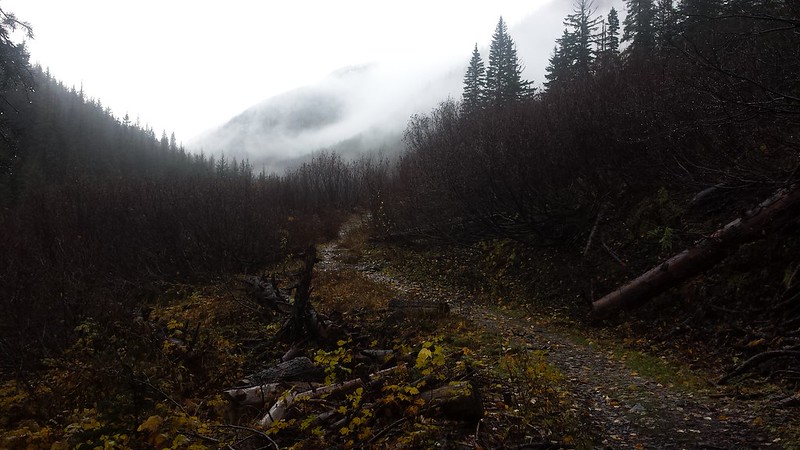 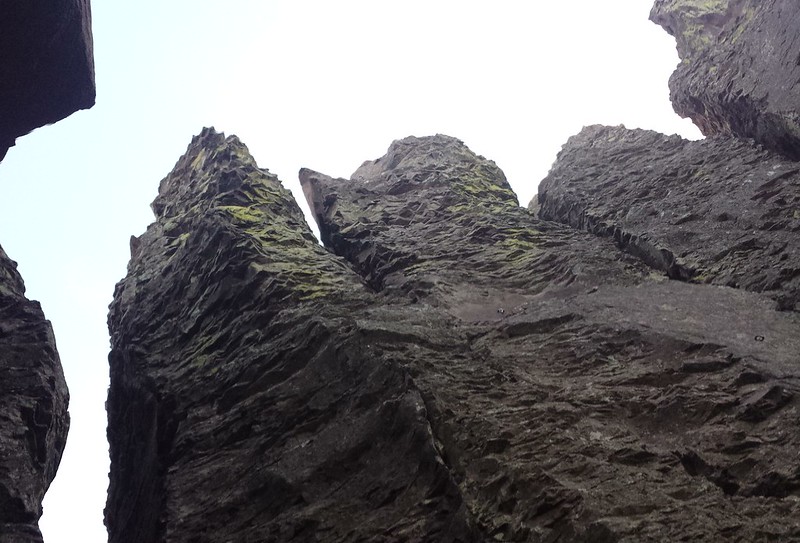 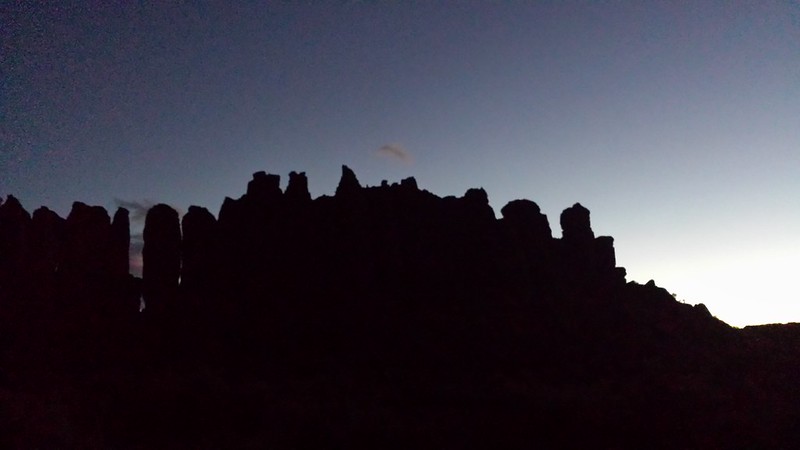