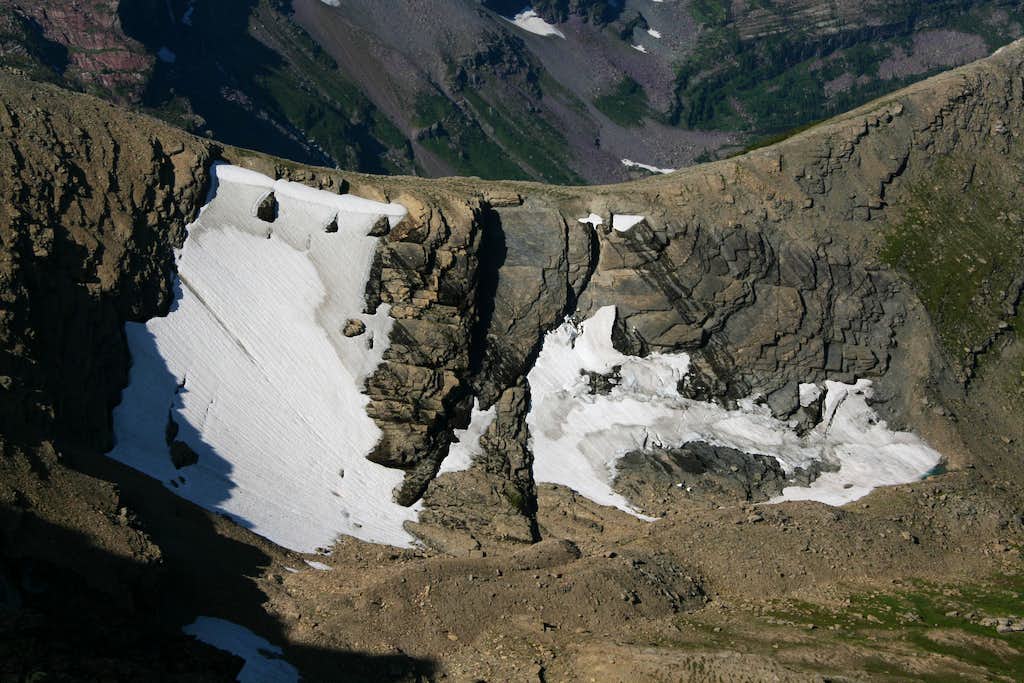 Seen from Dragon's Tail-- view in "Orig" for better detail. Although crevasses still exist here, this "glacier" no longer meets the criteria for one-- at least 25 acres in area, at least 100' thick, and moving downhill-- and is now considered to be a "permanent snowfield." It is likely that both snowfields seen here were once joined as part of a single glacier. Scientists predict that Glacier National Park will cease to have true glaciers sometime between 2020 and 2030; right now, only about 25 still exist, but there were over 100 a century ago. This "glacier," still marked on maps though not named, is on the north side of the ridge that divides Floral Park from the basin of Hidden Lake. Glacier National Park, MT-- August 2009
« PREV NEXT »

of the former (recent) extent of the glacier you can notice the lateral/terminal moraines in the foreground of the picture.

Indeed-- sadly, you can see this all over the park now.

Loading....
I climbed the Dragon's Tail, and I got the sunburn to prove it (and REI has gone soft).(Trip Report)