A sea of clouds streaming over the Cordillera Blanca 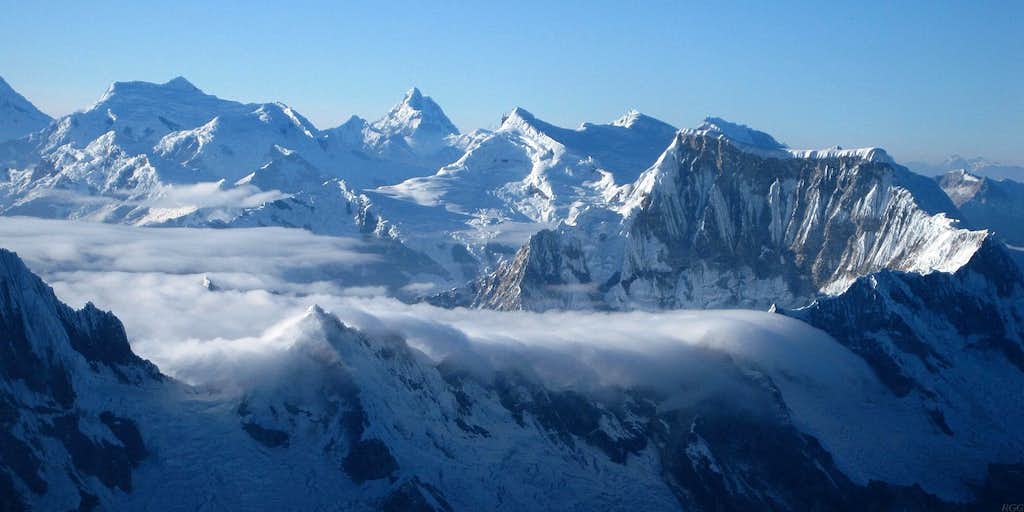 Early in the morning, high on Chopicalqui the skies were blue, but a sea of clouds already engulfs the lower regions. Some distance away, the beautiful pyramid of Huantsán, the highest peak in the southern Cordillera Blanca, is crystal clear. 18 August 2011.
« PREV NEXT »

A river of clouds

flowing down the valley. So beautiful. Cheers!

Re: A river of clouds

Yes, it was rather special to see it flow like that, unlike the more common view of static clouds down in the valleys. To the left is east, and the Amazon rainforest is less than 100km away. That's what usually brings clouds and precipitation to the Cordillera Blanca.

On the west, the air is often too dry to bring clouds to the Cordillera Blanca, even though the Pacific is actually quite close.
I suppose the foothills near the coast catch the rain that might come in from the ocean, because the Cordillera Negra, directly west of the Blanca, is pretty dry already.