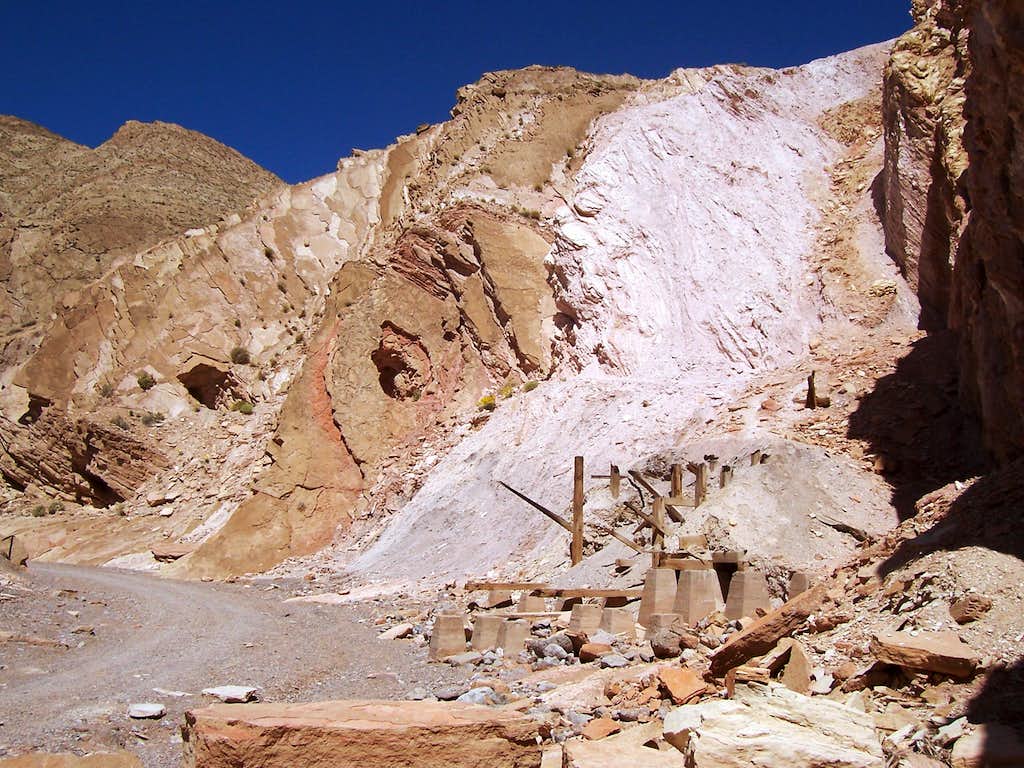 Just before it turns into a canyon, Lovell Wash jogs to the north(left), and you see the (charred) remains of an old ore-loading facility associated with the Anniversary Mine. There are portals and two tunnels where the miners cut through vertical sedimentary layers (fins) so they could bring their rail cars down the wash. These short tunnels appeared to be safe enough to investigate at the time of this picture. On the opposite side of the tunnel (on the left), the flat top of the mine's tailings provides a nice walk-in campsite. They mined 200,000 tons of borax/colemanite during the 1920s in the course of seven years, and now some portals to the mine are boarded up due to rotting timbers. Always use your best judgement before entering the portal of a mine. (Source from Jim Boone - 2008) Taken on March 31, 2008 at the Anniversary Mine (site) in southern Nevada
« PREV NEXT »