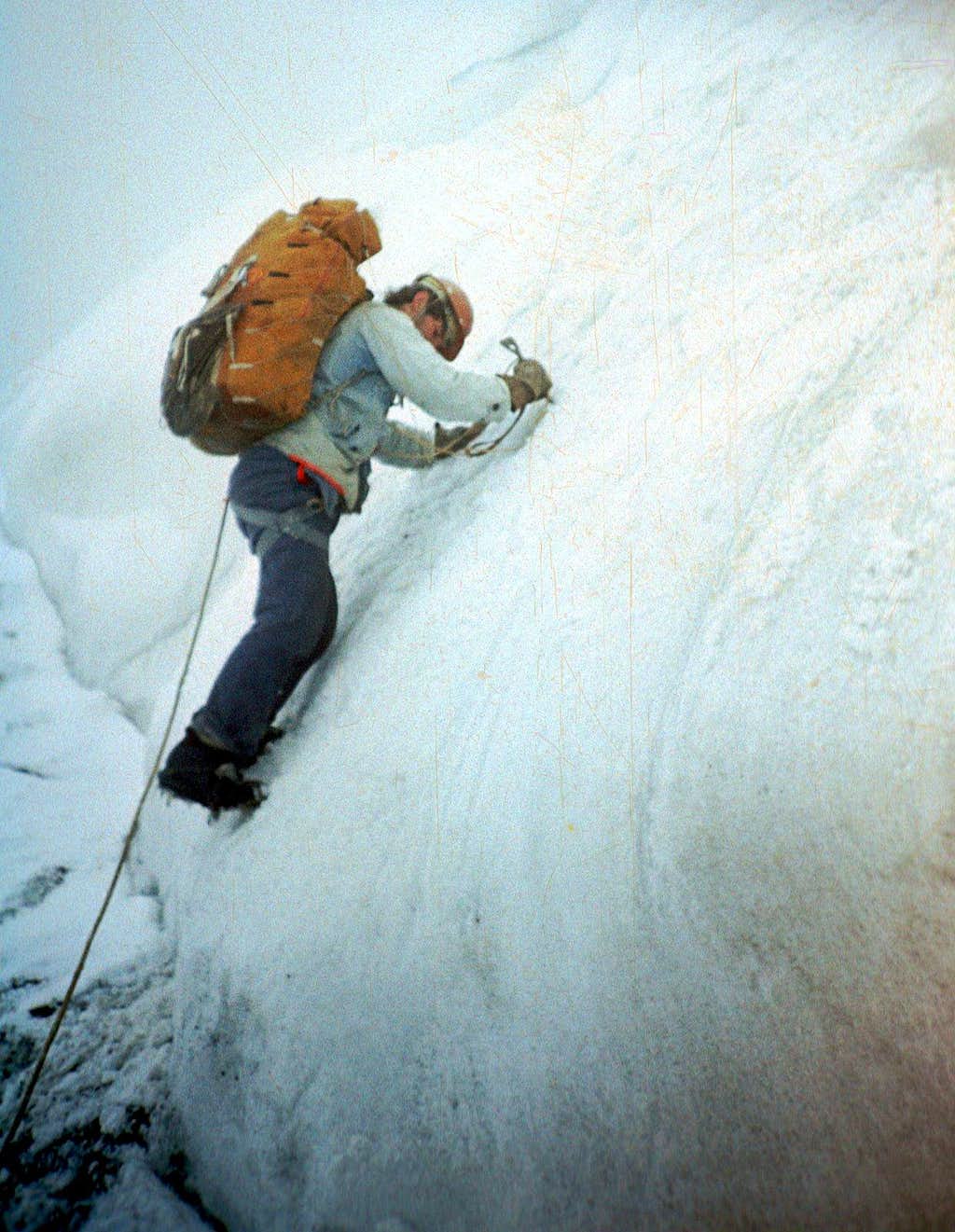 Frontpointing Bubis Glacier on the way to Karaugom Iceshield, August 1985 I joined the crew as a backcountry skier, presumably a technically unsophisticated guy who wouldn't give a damn about weather or heavy packs, but whose experience with crampons was limited to particularly hardpacked patches of Arctic windslabs. Leading an ice pitch would made me grubmle "yeah, right, I am the best person for this stuff". But there was enough work for everybody on Bubis. A shot for an upcoming Ugly Packs Gallery
« PREV NEXT »