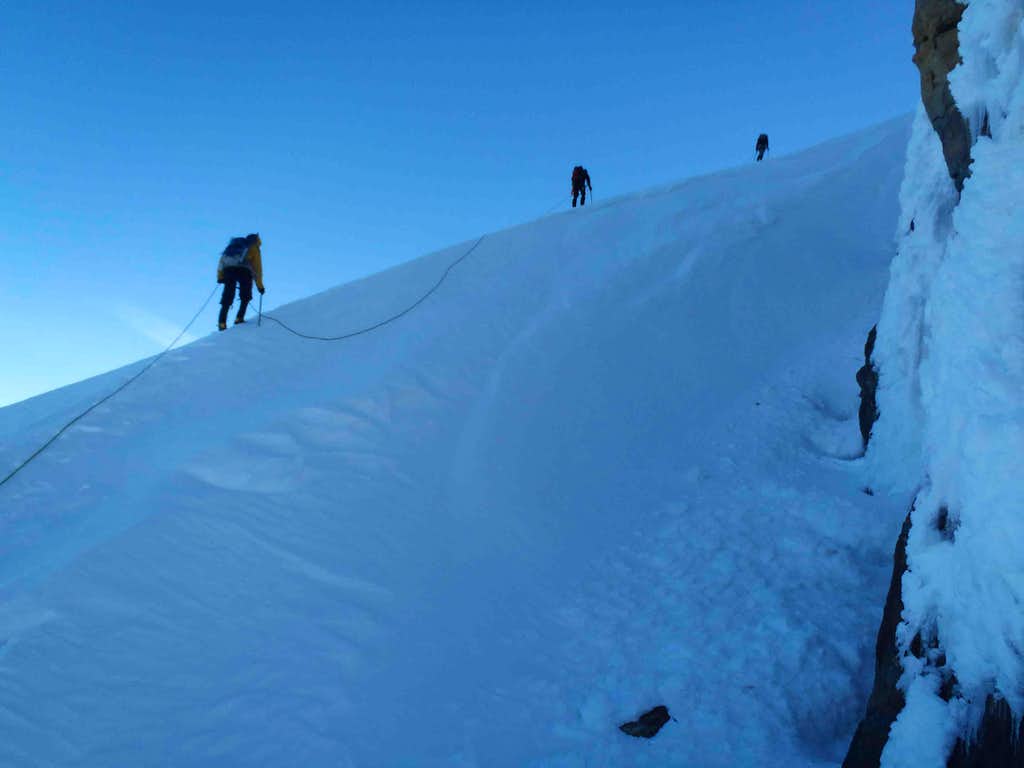 Joe, Jeremy, and Adam lead the ascent of the lower east slope of the Roman Wall, on Mount Baker. Photo taken on June 20, 2012.
« PREV NEXT »

Josh Lewis and I have been debating recently about what features actually make up the Roman Wall. In the process we learned that both our impressions were wrong.

Apparently some poor USGS labeling is responsible for all the confusion I have encountered over the years. Because of that, many people think that the steep part of the glacier is the Roman Wall. But it is not.

The Roman Wall is actually the rock wall located north of the top of the Deming/Easton glaciers. You will encounter many images and reports in which people claim to have climbed the Roman Wall, but this is mistaken.

Actually, you are both correct and not correct. The Roman Wall was the origin of the largest landslide (lahar) in the history of Mount Baker. In the many years after that landslide occurred, the slightly-less-cliffy eastern half of the Roman Wall has become buried by a permanent steep icy snowfield.

With this in mind, we *did* ascend/descend the eastern snowy slopes of the Roman Wall. The photo title and description will remain as is.

If you do not want to take my word for it, here is an official/professional response:

Per the American Alpine Institute:
"The Roman Wall is nearly 1000 feet of 35-45 degree snow and ice that rolls over onto the summit ice cap of Mount Baker."

From A Slide To Tye: A 2012 Retrospective(Trip Report)