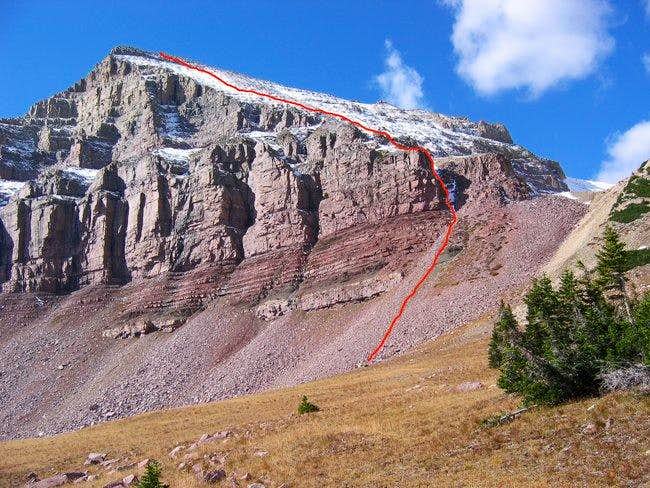 Detail photo taken from above Allsop Lake, showing the approximate route to the summit. I first tried to go right around the lowest rock buttress on the ridge, but encountered many large and extremely loose rocks, so I backtracked and went up the couloir as shown. The couloir was also steep and loose, but not nearly as bad as my first attempted route. Near the base of the couloir I encountered a mountain goat who did not appreciate being followed, and quickly scampered left onto the cliffs.
Photo date: October 2, 2004
« PREV NEXT »