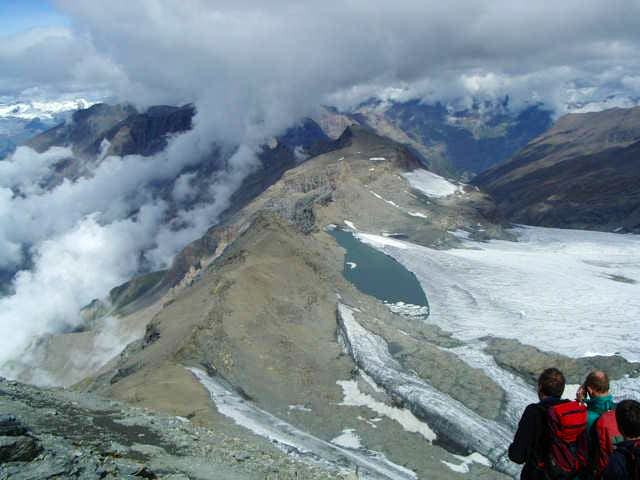 August 2004: from the summit, looking NW towards the glacier and the ephemeral lake on the side. This lake was created by the ice melting due to the high temperatures during the last summers. It had to be artificially emptied during september 2004 (see after), to avoid the structural collapse of the thin rock ridge on the left (that is above Novalesa village) and/or the even weaker ice wall towards North, on the Vallee' de Ribon (France)
« PREV NEXT »