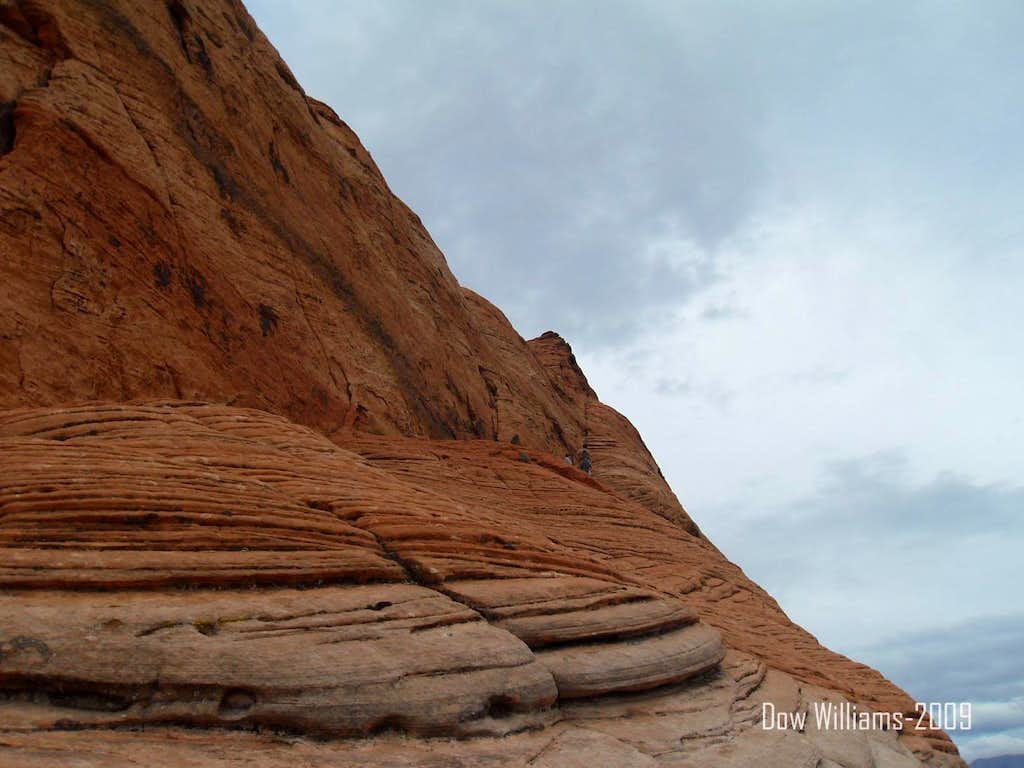 Todd Goss does not give an ascent description, but for some reason does try and add a descent description for Babes in Thailand. If you follow his notes, you could lose a few hours. From the top of the climb, move south and west, up and over, to find a decent rap tree (good tat-2009). Do a single rope rap down and swing over to the next ramp south. Walk a few feet south and west to find a fixed rap station and do another single rope rap down to the large ramp below it. Descend this ramp west for quite a bit looking for another fixed rappel on your left at the edge of the ramp. Do another single rope rap, but this time, do not stop at the ramp below, but keep going over that ramp. From there you can scramble down and left to catch a gully that leads back to the desert floor. An alternative is to stop on the ramp, head west down into a deep chimney where you will find a huge slung (2009) chockstone. Do a double rap (can do a single with a tree mid way down) off this chockstone to the canyon below. Walk out east via this canyon, having to hike up and right at one point when you come to a steep droppoff. This is a much longer descent version. DO NOT GO EAST THROUGH THE CHIMNEY ON THE RAMP AFTER THE 3RD RAPPEL AS TODD’S DESCENT NOTES WOULD LEAD YOU TO BELIEVE. You will get cliffed out that direction. Babes in Thailand, 5.10a, 10 Pitches, West Canyon, Snow Canyon State Park, St. George Rock, Utah, October, 2009
« PREV NEXT »