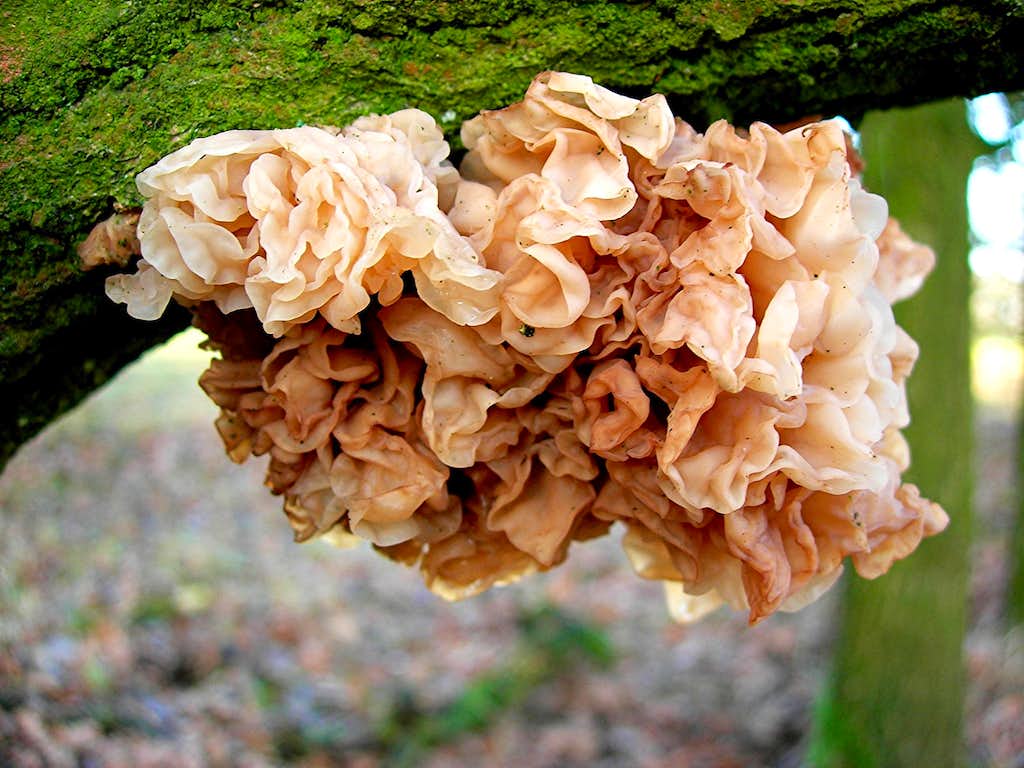 Tremella foliacea The class Heterobasidiomycetes or jelly fungi is a paraphyletic group of several fungal orders: Tremellales, Auriculariales, Dacrymycetales. These fungi are so named because their foliose to irregularly branched fruiting body is, or appears to be, the consistency of jelly. Actually, many are somewhat rubbery and gelatinous. When dried, jelly fungi become hard and shriveled; when exposed to water, they return to their original form. A number of the jelly fungi can be eaten raw; poisonous jelly fungi are rare. However, many species are not of a texture or taste that one would want to consume. They may or may not be sought in mushroom hunting due to their taste, which is described as similar to that of soil. from Wikipedia
« PREV NEXT »

although the heading makes a nice pejorative!

That was also my first expresion when I saw it. "EEEELLLLGGGHHH what's that?" But now I see it on picture it's getting more beautiful everytime. Strange looking things are growing on our little planet. Thanks.

I googled it, and I think you are right. All the discriptions are right on this mushroom.
Thanks a lot.

"taste, which is described as similar to that of soil"

hmm, wonder who took part in that experiment...

Thank you for your wonderful pictures!

Must be the witch.