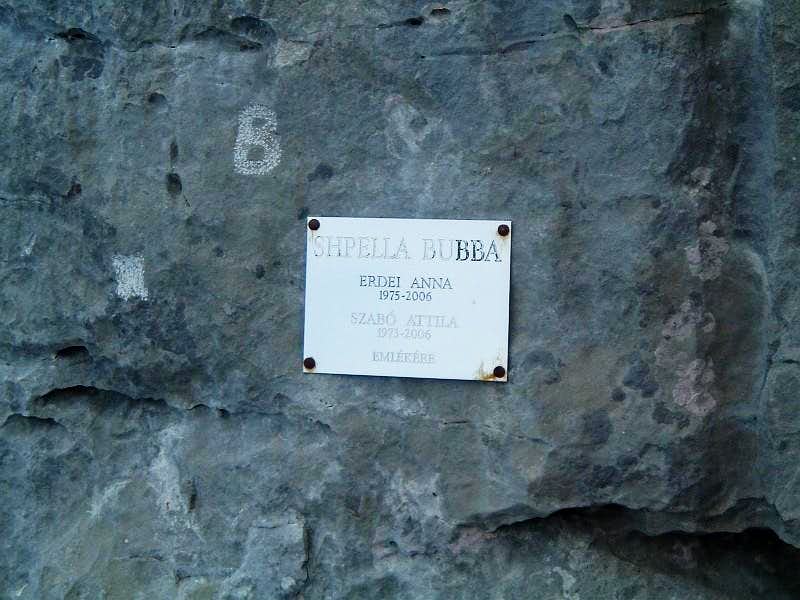 On the descent from Maja Shkurt to Ropojana we took a shortcut and came across a memorial plaque fixed to a rock above an entry to what looked like a large cave. The plaque reads 'Shpella Bubba' (probably 'Bubba Cave' in Albanian) and gives names of two Hungarian cavers, Anna Erdei and Attila Szabó, who died in 2006. I later found out that they died in a caving accident in Italy. It seems that Hungarian cavers who explored Prokletije discovered this cave and named it to commemorate their friends - as far as I understood, 'Bubba' was Attila's nickname.
« PREV NEXT »