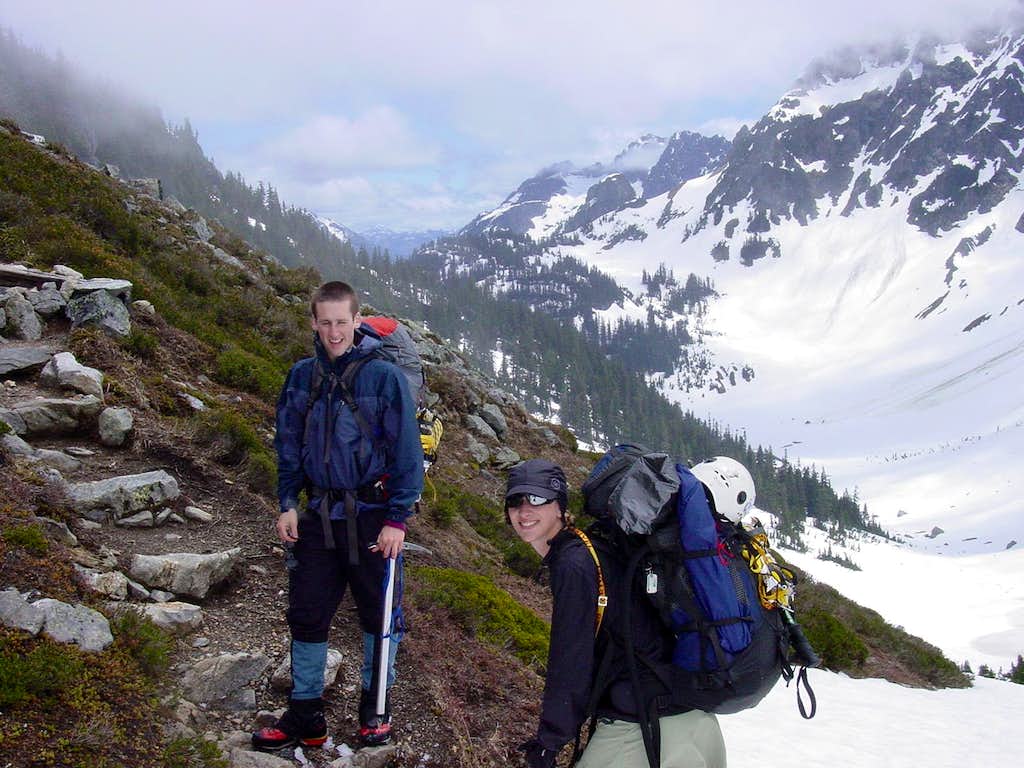 Caleb and Elisha at 6100 feet on Cascade Pass. This was about an hour before Elisha's unfortunate injury. The memory of her screams still haunts me. Photographed June 17, 2006.
« PREV NEXT »

Elisha slipped while we were going up the arm and was unable to arrest in the rotten slushy snow. In some spots it was only about 10 inches deep with soft mud and grass below. She slid down about 80 yards yelling for help, until she crashed into some rocks, thus injuring her knee. It's an aweful feeling to watch one of your friends sliding out of control and knowing there's nothing you can do to stop it. The wound was mostly internal but made it difficult and painful for her to walk.

When we got down to where she was, we roped her up, distributed her gear, and helped her downclimb using an in-balance technique with her in the middle of the rope and two people up hill from her at either end. The ground we were standing on seemed unable to decide whether to be ice crystals or liquid water. I fell three times in about 10 minutes and almost had the same misfortune. We bivied overnight at cascade pass and helped her the rest of the way down the next day. She ended up with something called "water on the knee" but is okay now as far as I know. Here is a picture of where it happened.