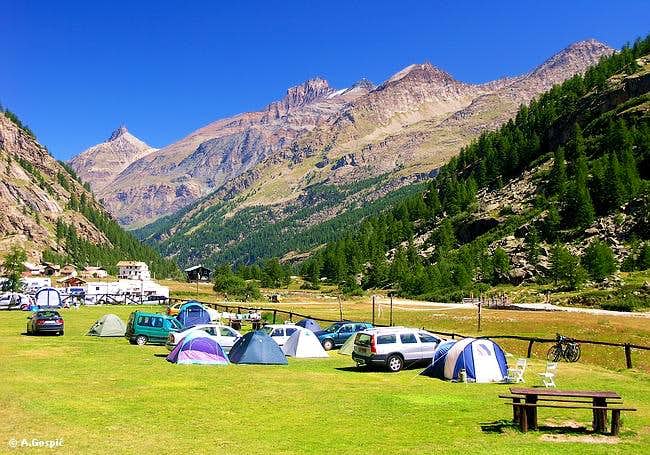 Camp at Pont (1980m) is placed at the end of the road in spectacular Valsavaraneche valley. In a way this is the heart of Gran Paradiso group and national park, and is starting point of the normal Gran Paradiso approach.

Scenery around Pont is fantastic. Behind is northern part of the eastern crest above the valley which contains two highest peaks of GP group. On of those is La Grivola (3969m), second from left. First on the left is sharp Gran Nomenon (3488m). GP is right, high above, and is not visible from the valley floor at Pont.

Good addition explaining the approach to GP and La Grivola.

Re: Cool Picture of Campsite

Thanks Mark! This is probably the best and most beautiful mountain campsite I've visited so far.