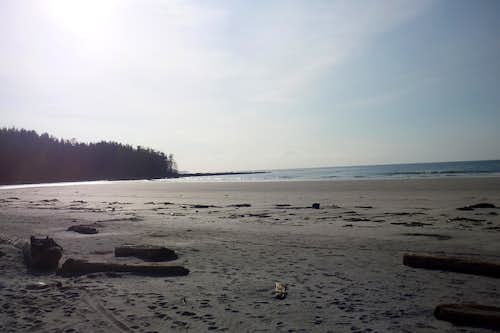 This was my 3rd time hiking Cape Scott and my girlfriend's first. It never gets boring. That whole area including San Jo and Raft cove is breathtaking and by far my favourite place on earth. At this time I was not dating my girlfriend and she was living in Campbell River. Because I lived in Victoria, I had to have the car loaded and hit the road by 0530. I arrived in Campbell River by 0815 (yes, I may have sped a tad) and hopped in her truck. By the time we arrived at the Cape Scott trailhead and loaded on our gear it was 1200 on the dot. 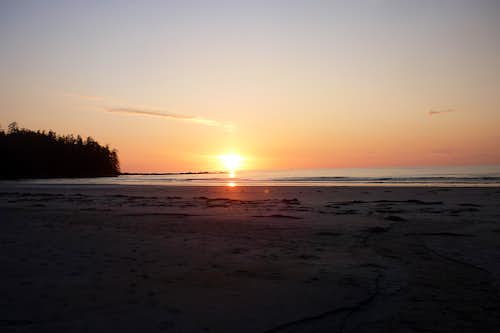 Just another beautiful Cape Scott sunset
We power hiked the trail since I had done it a couple of times before and previously spent plenty of time exploring the old farming settlement and what not. We headed straight for Nels Bight. I like to camp there because it is the largest beach and is good access to the lighthouse. We arrived at the beach at 1530 and set up camp. There were a couple other people camped on the beach as well, and we decided to spend our evening drinking vodka limes beside our toasty fire.
The next morning we got up around 0800 and ate breakfast. We hit the trail for the light house at about 0915. We ended up bringing along a girl from another camp because her partner's blisters were too much for her to handle. Along the way we found plenty of weird Japanese items washed ashore. My favourite part of this hike has always been beach combing. During this part of the hike we headed west along the beach and followed buoys hanging in the trees. The trail occasionally dips into the trees and eventually goes right across the peninsula just before Experiment Bight to Guise Bay. Some of the trail is covered in old decaying wooden planks, which were a road once long ago. 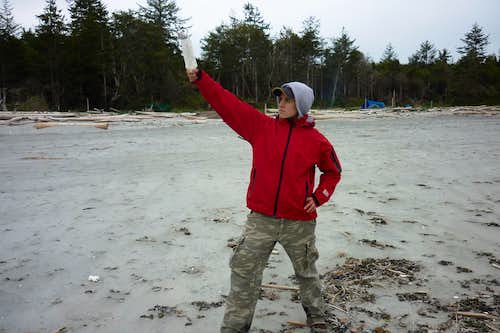 Me holding a japanese bottle with shells growing on it.
At about 1000 we arrived at the Dunes in Guise Bay. This would also be another neat place to camp. The dunes are very cool. 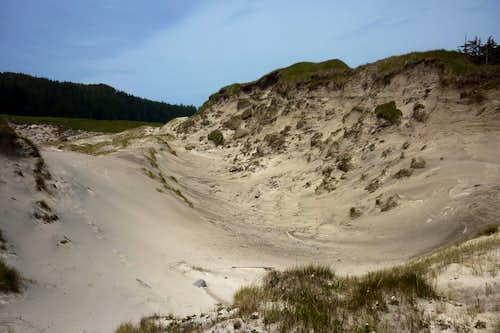 We took a few pictures, messed around in the dunes, and carried on. The trail continues northwest into a forest. Eventually the trail turned into a gravel road as we headed towards semi-civilization at the lighthouse. We arrived at the lighthouse at around 1045. I always get a bit jealous of the people living here. They have quite a cool set up. The couple that has been there the past few years have always been very nice. They often make a point to come chat, offer fresh filtered water, and offer food. Once they gave a friend and I some popsicles!
We climbed up to the top of the lighthouse and had some snacks before heading back to camp. We arrived back around 1300 and the dog crashed on my hiking pack, which we found quite adorable. 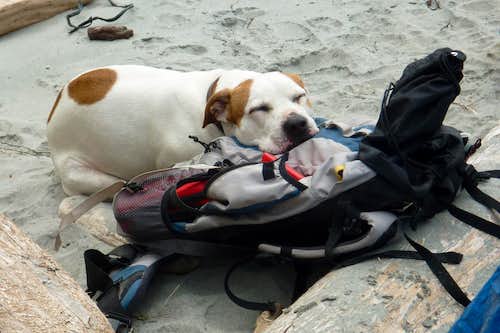 We spent the remainder of the afternoon exploring and combing the beach, checking out the ranger cabin (which I stayed in the year previous in early April), listening to music, sipping vodka, and playing cards. The next day we started hiking out at 1000, didn't stop, and made it out in exactly 3 hours. On the way home we were sure to stop at the Scarlet Ibis for a burger and beer. That has always been a tradition. Next time I hope to check out Nissen Bight and maybe hike a bit of the North Coast Trail. 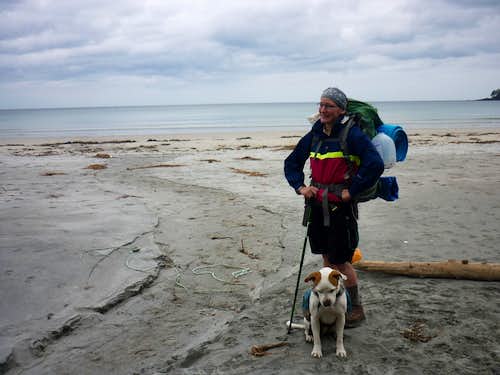