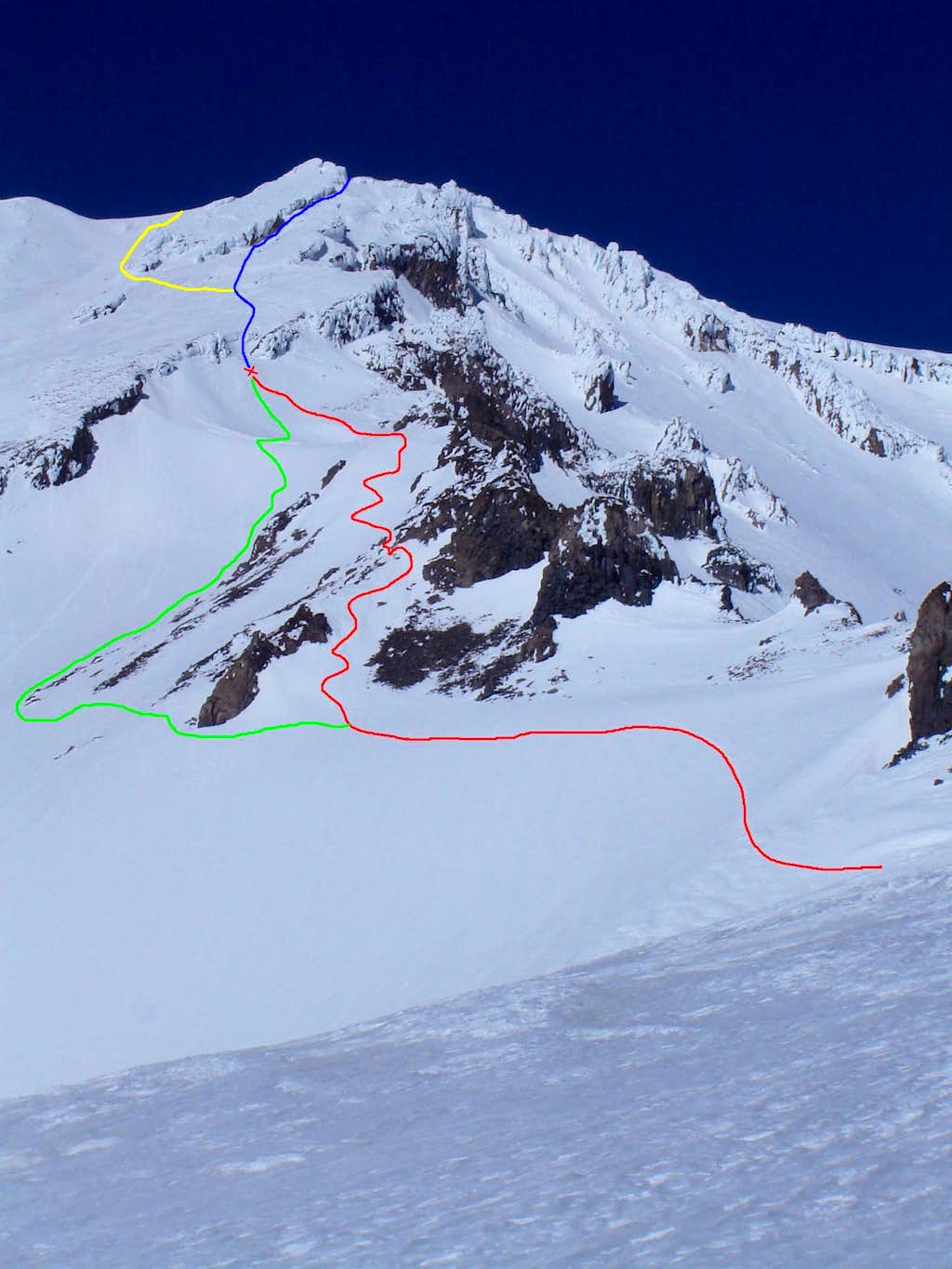 This illustration is similar to another I saw previously, but provides some additional perspective on climbing routes on Casaval Ridge. The red line is the route we took on April 29, 2006. It is considerably steeper (I believe around 60 degrees or more in some sections with cornices) than our descent route shown in green. Also, one must be extremely careful on the red route due to the danger of falling into rocks below. We turned around at the red "X" below the hourglass due to a rapidly forming storm. The blue line shows one common continuation of the route through the catwalk, and the yellow line shows a variation which tops out on the West Gully.
« PREV NEXT »

thanks for the good info I love to see pictures they speak way more than words ever can.