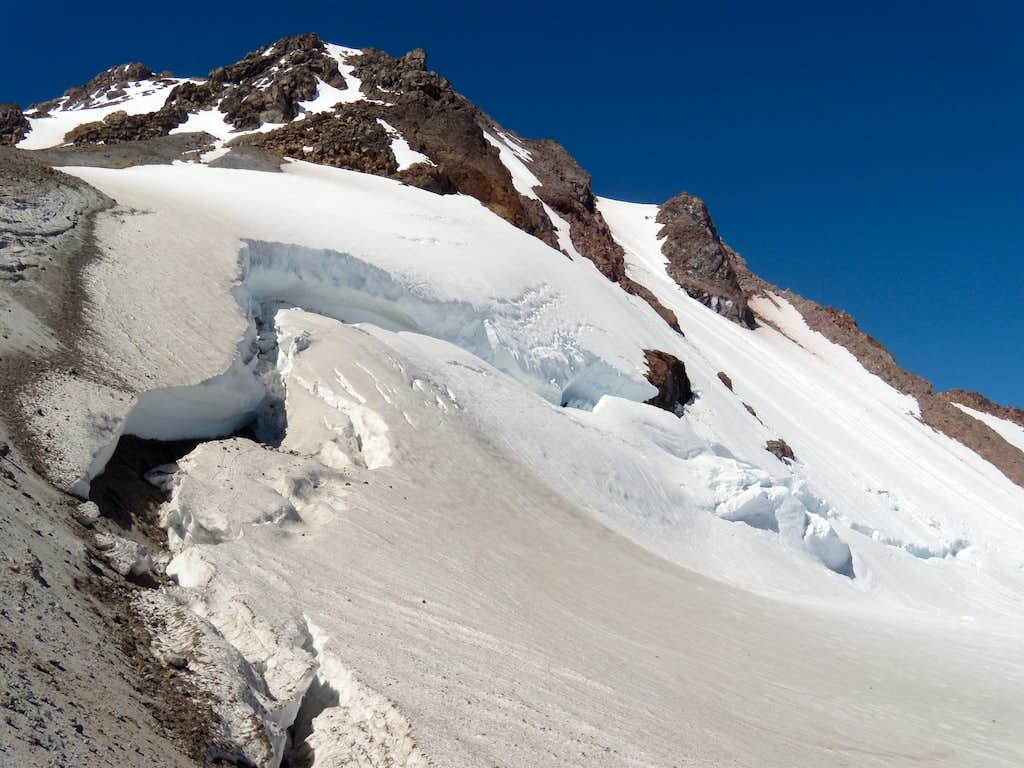 The Beautiful Cool Glacier with the summit of Glacier Peak above. July 08
« PREV NEXT »

The Cool Glacier is too cool!

Glacier Peak is in such a great location!
How many hours did it take to access the area
and reach the summit???

Re: The Cool Glacier is too cool!

Well Glacier Peak, already a remote spot, was even tougher to get to when we attempted it. Every one of the usual & standard access roads had either mudslides or downed trees. We chose a not so traditional approach from the north from white river it was about 24 miles to this spot where we stopped, about 500 feet from the summit. This was a big one to lose as I almost never give up a summit easily and we had put so much into it. But given that one of our team had conked out about 1500 feet from the summit and the cumulative experience of who was left was not up to the mountains standards, we decided to live to try another day. WE'LL BE BACK!!!!!!!!!!!!!!!

The summit (attempt) day was our fourth of six days out.

Okay, you really got me curious. I'm going to
have to look up 'white river' on the topo.

"Sometimes, we our not judged by reaching a
cold and lofty summit; rather, it is the
JOURNEY & the TIME we put into it that matters."

After inspecting the topo, let's see if I have
this straight:

You're talking about the "Kennedy Hot Springs" side as being the normal approach???

I don't know anybody who came in from the
north who lived to tell about it. There's a
major river called the Suiattle that runs
through there, and curls around the western
side of the mountain.

Too bad I can't take off for three weeks (right now) and explore those routes for myself. Or, perhaps I'll wait for the summer of 2009.

Right now, I am in China. When I get home I would love to refresh my memory of the trip by looking over the topo's and discussing the details! There was much planning and research in trying to bag this puppy!

Hey, Ok, now I have it straight. We would have liked to try the Sauk River approach but the road was reported as out. So we attempted the White River trailhead side from the South, traveling North on the Indian Creek Trail to the PCT (Indian Pass) then to White Pass where we picked up the standard approach. We had also considered the Suiattle River approach. The Indian Creek Trail had many areas that were difficult to traverse because of slides. The White River Trail was also an option but we heard from the rangers that it was worse than the Indian Creek Trail. Next time we will do the Sauk River approach as I hear it is beautiful. I sure wish Kennedy Hot Springs were still there!!!!