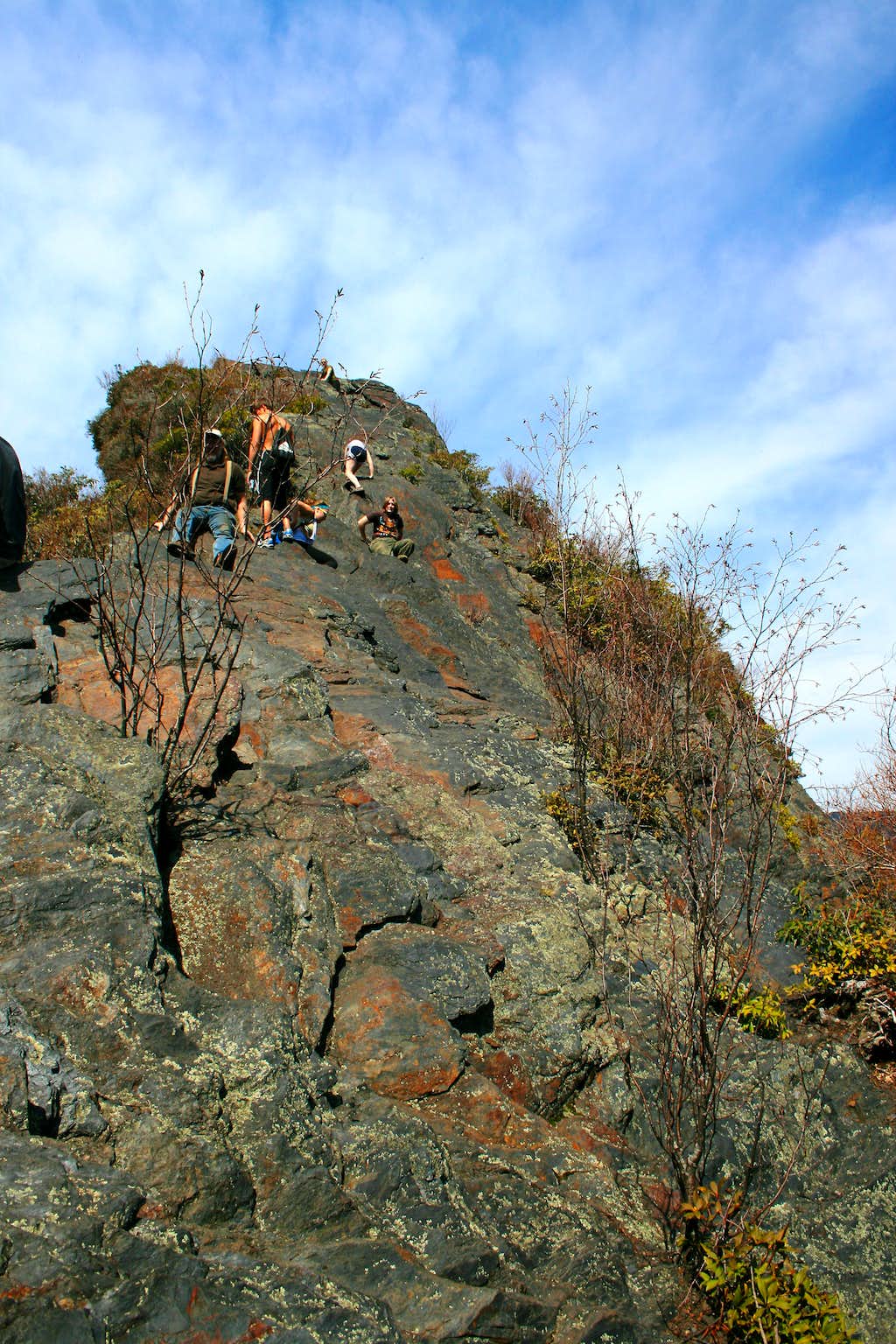 This is what the current scramble route looks like up Chimney Tops. There's a newish sign closing the older trail (out of sight to the right here), which seems to be the route in all the SP photos. I have no idea when the NPS switched the route. Viewed from the top, the old route looks shorter, steeper, and probably easier, because the new route comes at the tilted shale formation in an annoying way -- lots of sharpish "knife edges" sticking straight up at your boots. But the new route is still just an easy scramble. March 2011.
« PREV NEXT »