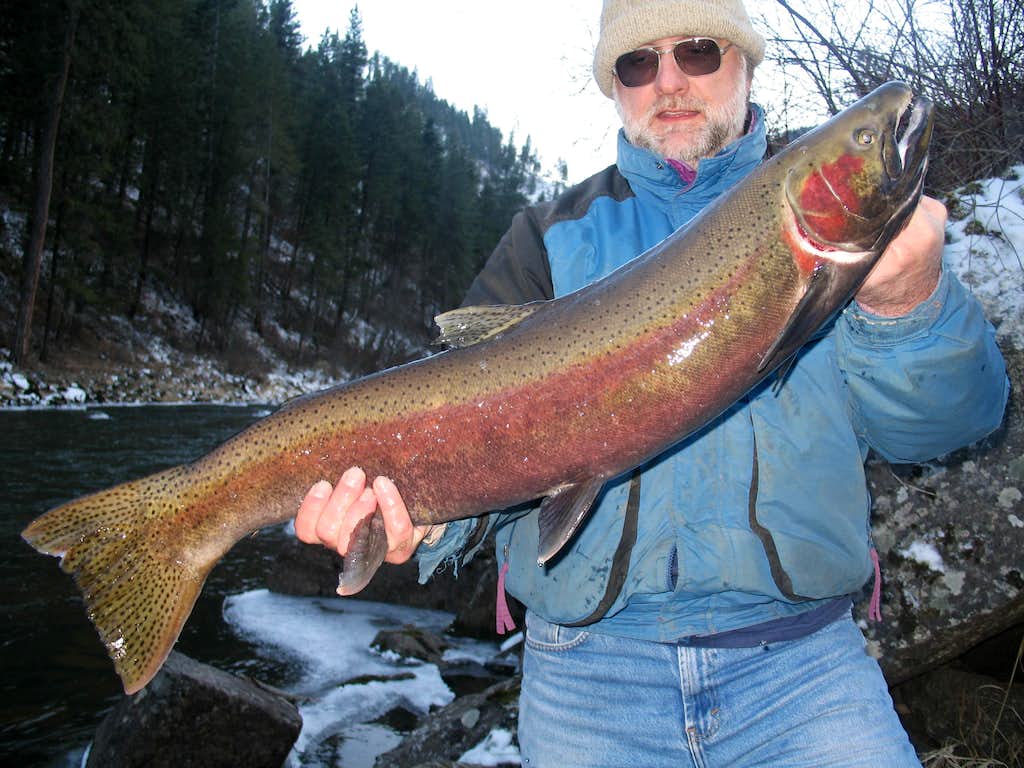 An average sized steelhead from the South Fork of the Clearwater River, Idaho. It was 33 inches long. March 2009
« PREV NEXT »

congrats..was it wild or hatchery?

(not that it really matters) still a beautiful animal.

Thanks, it was a hatchery. The question is getting blurred however. The tribe manages the hatchery now and they have quit clipping the adipose fin on them before they are released to the river. So its rare to catch one without a fin so they legally have to be released. If you want to eat a fish now and then, this is frustrating because many of the fish you catch have an adipose fin, yet the dorsal fin is crumpled, obvisously indicating your fish is from the hatchery. I guess it keeps more fish in the river, which is good, but some of us like a to put at least a few in the freezer.

My cousin was just over there a few weeks ago and did real well. I want to come over sometime. I understand your frustration to catch a big fish and have to release it, but that is how it is. The same thing happens when I fish for Bull Trout in the Flathead and British Columbia.

Yes, come on over. The fish are really hit and miss. I guess they come up in pulses. When they are there I'll go down and hook about 10 a day, get 4 or 5 near shore and maybe land 1 or 2. Though if I see they have a fin and have to be released anyway I try to shake them off at my feet so they stay in the water. Very unforgiving fish - if you make a single mistake they are gone. But I'm just a beginner with these guys. I know other people who have caught 20 to 30 a day at the peak.

I would love to start with catching my first one. I was in Alaska on Prince of Wales Island and had a bump from one but missed the set. Perhaps I will try and schedule that for next year.