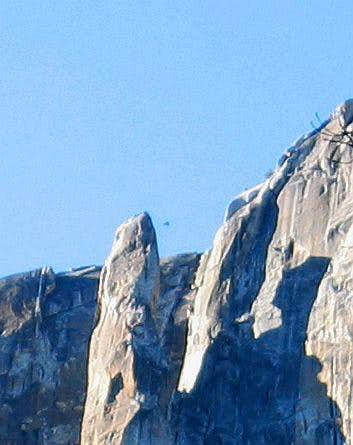 Climber performing a Tyrolean traverse from the Lost Arrow Spire to Yosemite Valley rim (careful examination barely reveals a rope). Photo an enlargement of this photo- 21 May, 2005 (if the original photo were higher resolution, I would have attempted to magnify this even more; however, as it was only 4MP, any further magnification would have just made the climber look like a squashed bug)
« PREV NEXT »

I think it's great.

Awsome! The two photos provide a sense of scale for this beauty of a climb.