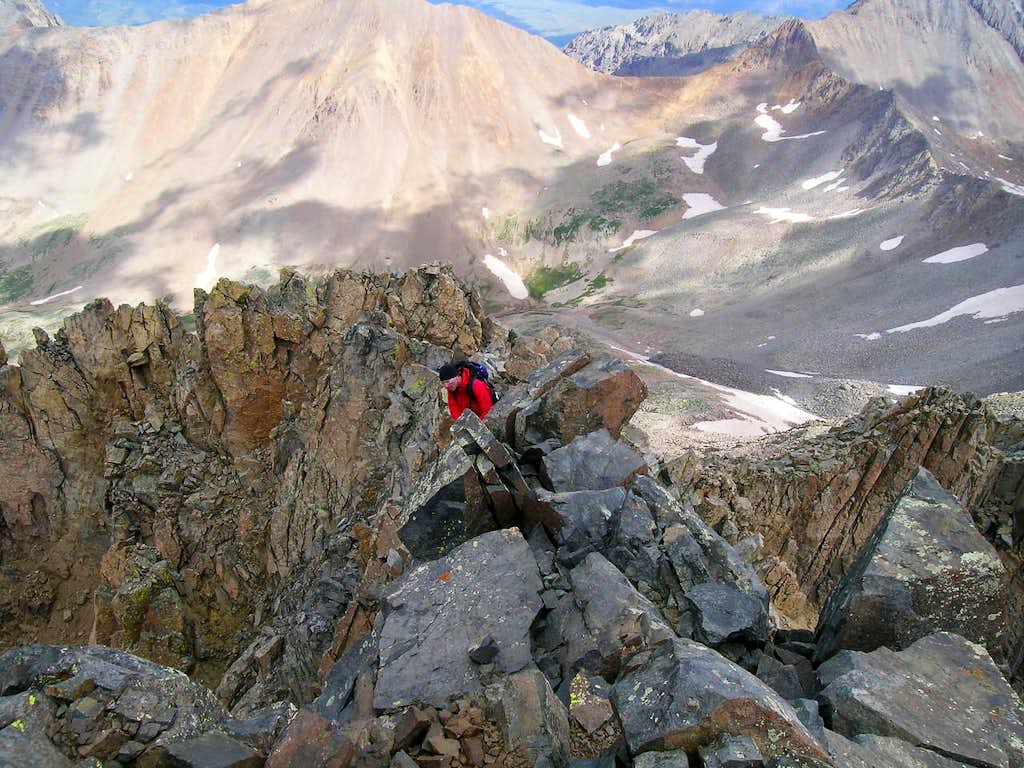 A climber ascends the crux move on Mount Wilson's summit ridge. Most people climb over the rock to the right that he is grasping. He chose to go around it, with not much beneath him. A Class 3 alternative is on the other side of the rock, but it is exposed as well. Another crux move (not seen in this picture) is also before this rock, which is unavoidable and hard to get an action photo of. One must straddle and go over a pointed rock. This photo was taken from the summit. August 15, 2008 Photo by Ellen Ritt
« PREV NEXT »