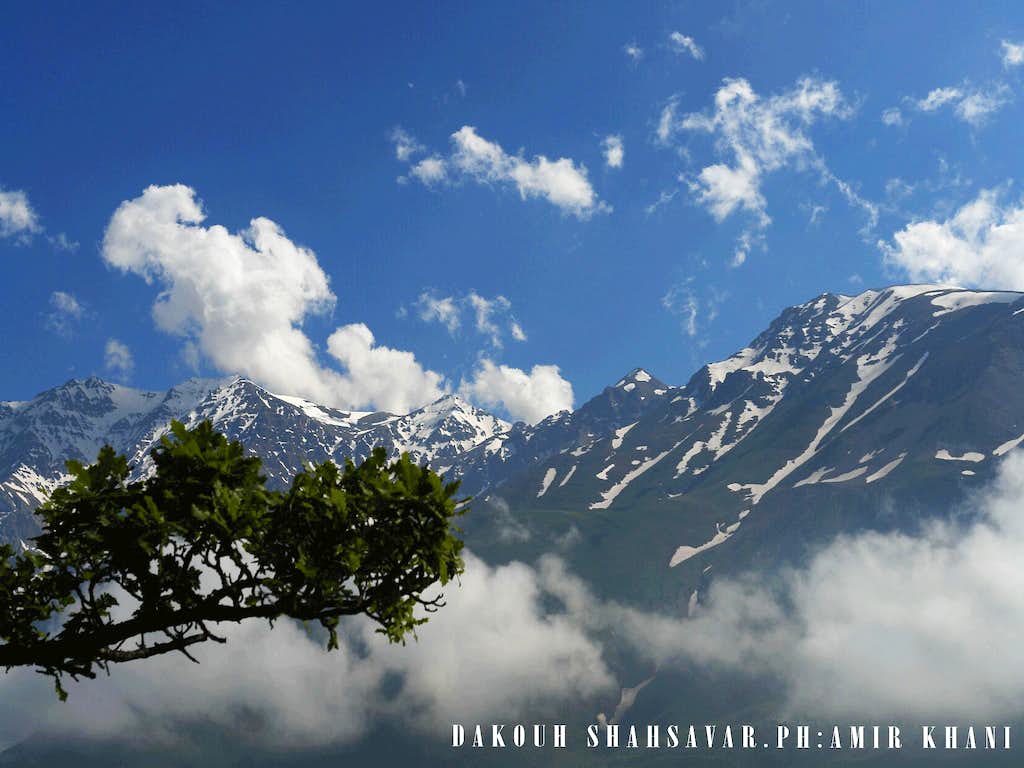 Now that it is 6 months after I originally wrote the comment and I have been to the summit of all of these peaks, I can identify them as follows (left to right):


These pictures bring tears to my eyes fereidoun.

I had never seen any pictures of Dakooh but I have been fascinated by the area. If I come to Iran this summer, I hope to explore the minor peaks of the Takhte Soleyman Massif such as Dakooh. You never see or hear anything about these peaks.

I am hoping to start at the summit of Kalahoo Peak and then follow the ridgeline first west and then north past Dakooh to Shah Rashid which is the last peak of the ridgeline. From there I want to descend down the western slopes into the Sehezar Valley to a village named "Das Darreh" (or something like that).

Do you know much about the "Velam Rood" River Valley which is on the northeast side of Dakooh? Are there any villages or roads in that valley?

For me climbing Shahrashid was much more amazing than Damavand! I dont really care about elevations. The road passes Daasdarreh these days and goes near Maran and Darjan so descending from Kalahoo will take much less time. Also Shahrashid is closer from Falakdeh hotspring. And... I will ask Yousef Esmaiili the best guide of the mountains arround here about Velemrud and let you know. There are some other great photos from Dakooh by my friend which I will upload in the near future, but not now cuse I havent told him yet.
And thanks for the kind words

Sure you dont. What about Narges hot spring,between Sehezar and Taleghan? You have that? Well maps are good but not enough!

Thanks. I think I should ask you to teach me some about the mountains in my area!
Just read the Looy Na page, great. Keen to see the rest of the pages.

Thank you Fereidoun. Ghobi already has a page on Summitpost. Will add Mazi Gardan, Shoor Gardan, Reka Poshteh & Dakooh in the next few weeks. We did not climb Shah Rashid (not enough time or energy).

HAppy you didn't!!
you should leave some peaks for others to write about!
Cheers