Directly across the way from Oberlin... 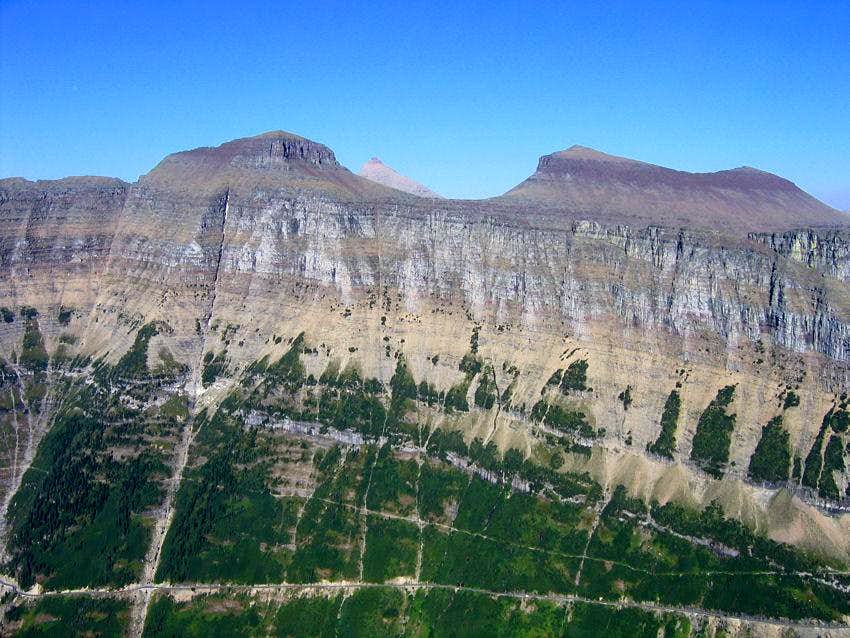 ...you are confronted with the huge east face of Pollock Mountain (actually part of the Garden Wall), the summit of which is the rather blockish peak on the left. The relatively small "triangle" pointing up&#151and behind—to Pollock's right is Mount Siyeh, and on the right is Piegan Mountain (it's difficult to make out in this image, but Piegan is actually behind the long Pollock ridge, which terminates right at Logan Pass). I love the interplay between the Sun Road and the Highline Trail.... Photo by Vernon, August 14, 2006.
« PREV NEXT »