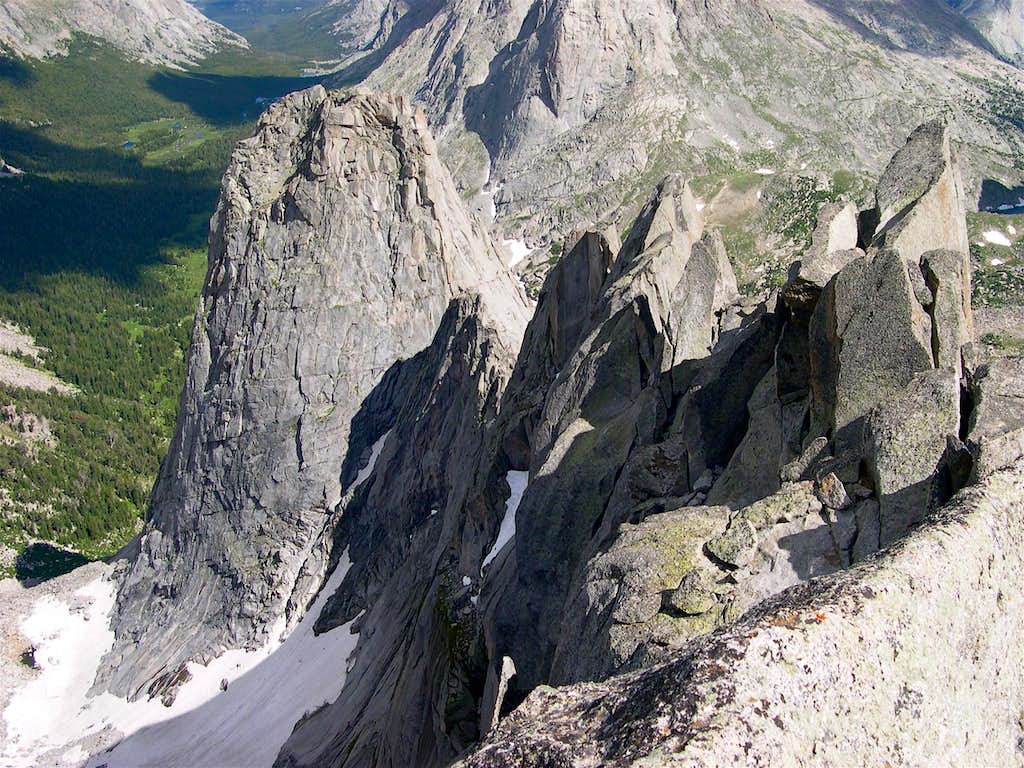 Looking down (roughly east) from the summit of Wolfs Head at the East Ridge. Specifically, the north side of east ridge is visible. Pingora is in the background. Mitchell Peak (lower part of NW face) is also in far background on the right. Lonesome Lake lies behind Pingora (August 4, 2004).
« PREV NEXT »