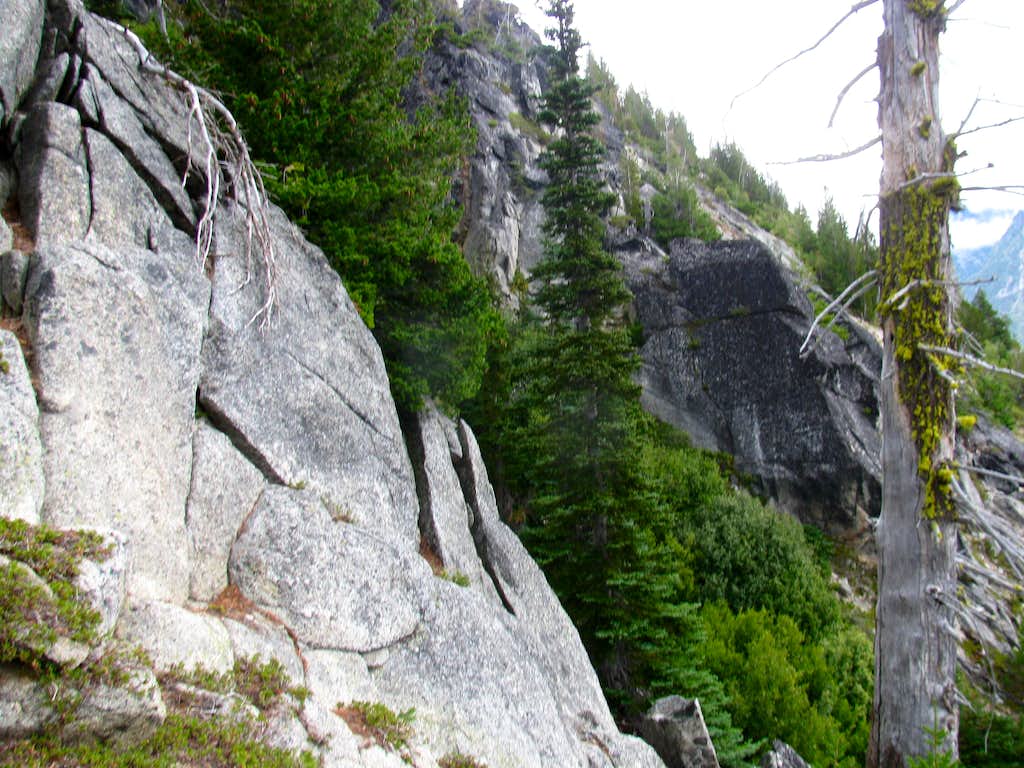 Eventually you will run into several cliff bands on your way up Axis Peak that are easy enough to work around with some easy scrambling. I didn't find any obvious path, or "cairn" indicating when I should leave the Stuart Lake Trail and start heading up the boulderfield. That being said, there were a few "social trails" through the brush from the trail to the boulders. As you make your way around Lake Stuart you will get some good views of the route up Axis Peak. Actually there isn't a defined route. I found not a single cairn from the lake to the summit! The route is pretty obvious though ~ start heading up the boulders and avoid the gullies to the left and to the right that are full of scree. But the scree will eventually greet you near the summit! Axis Peak The Enchantments Alpine Lakes Wilderness - North Cascades September 3rd, 2016
« PREV NEXT »