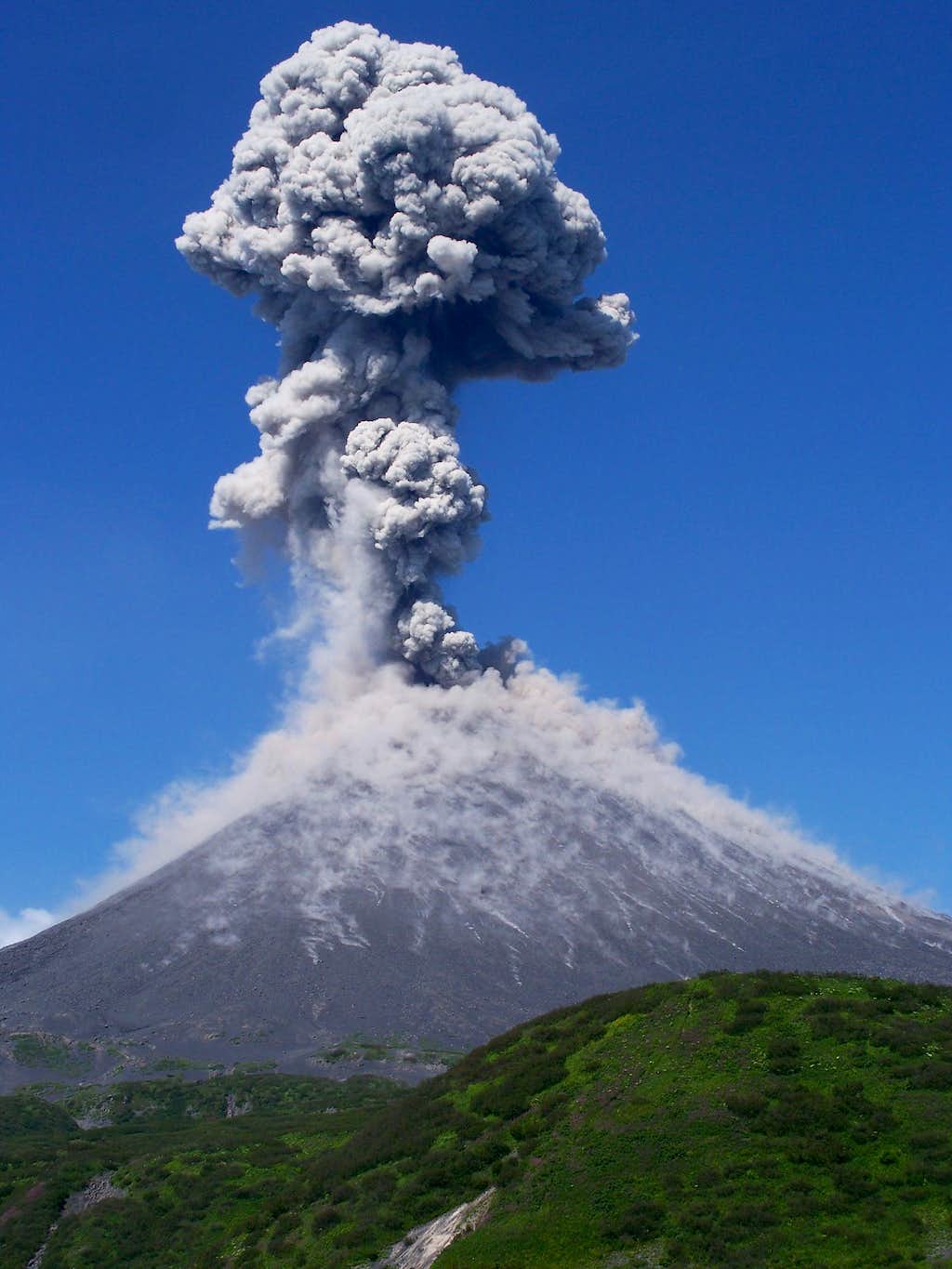 Thank you for sharing this image in high detail.

Glad you liked it! Sometimes I feel that just there aren't enough erupting mountains on SP, too much snow, not enough ash :)

Ha, thanks. Some of my colleagues were right up on the cone there and have some truly remarkable shots, was very envious despite the danger!!!

Wow that looks like a big one! Nice shot. As for your colleagues...that sounds kinda dangerous! Can those pics be seen anywhere on the Web?

Not that I could find during my brief look, though you could try browsing here:
http://www.kscnet.ru/ivs/eng/index.html

Thanks for the link. It's good to see that they have an up-to-date website online; I thought I had read somewhere that they ran out of funding.

They did lose it, and just did again as of Feb 1st. Maybe they'll get some more money if planes start crashing after flying through plumes again.

Thanks! Though I think the white balance is off, I realised recently all my photos have a blue tint to them!

Interesting terminology, but understandable to a layman. I climbed St. Helens in 1977 when it was probably building abdominal pressure, sure enough it had projectile eruptions less than 3 years later. Love your picture, 10/10

Hi, sorry yes that isn't massively clear. At the time this volcano had semi-permanent plume of gas coming out of it in a fairly gentle fashion (gas passively exsolving from the magma). A few times a day the fissures allowing gas to escape would seal up and once the pressure was high enough the seal broke and the gas trapped in the magma sent the stuff flying everywhere as ash and rock. Glad you like the picture.

Re. Mt. St. Helens, I'm not aware there was any recorded activity during that sequence at MSH prior to March 1980. It's possible that there was something going on but not detected due to lack of instruments or lack of measurable seismic events. That being said there's evidence at a number of locations for very rapid magma rise rates. (I expect people have looked at the specifics but I don't have the articles with me at the moment).

Interestingly a similar eruption to MSH 1980 happened not far away from Karymsky, at Bezymianny in 1956. Given the political situation and lack of chat between scientists at the time the precedent of the horizontal blast was not known about by US folk till after the MSH eruption occurred.