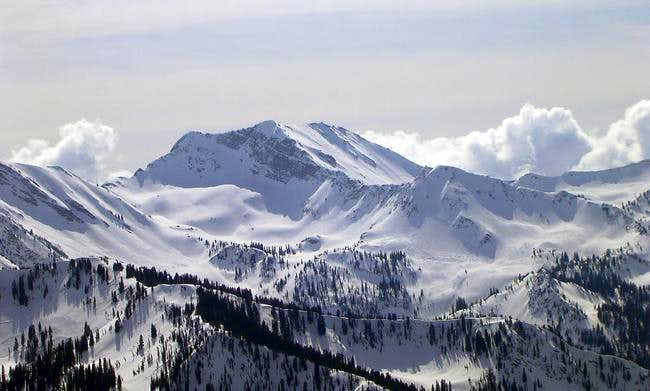 February 26th, 2005 - White Baldy seen from the north from the South Ridge of Mt Superior.

Where's The Avalanche??
If you look below the highpoint on the ridge extending from the peak toward the camera, you will see the crown and debris of a large slab avalanche. It makes a somewhat triangular shape the way the fracture spread to and along the rock outcrops to the right. The avalanche crown runs right along the shadows projected onto the northern slopes.