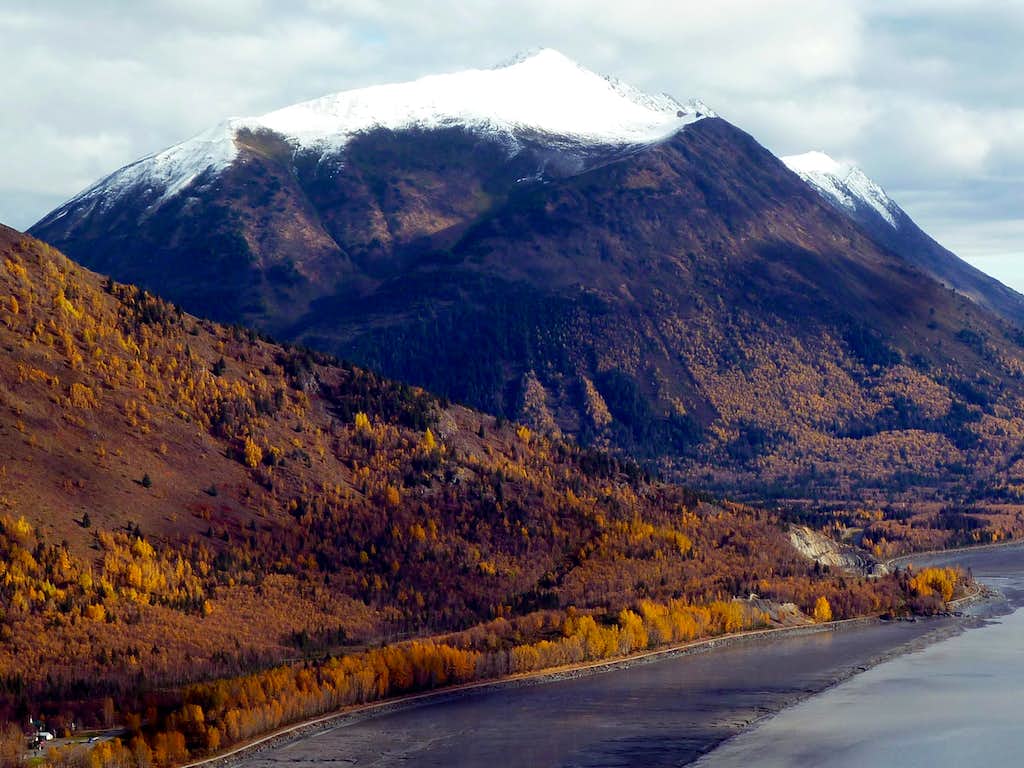 Penguin Peak in early October, from the lower slopes of Indianhouse Mountain a few miles to the west. Bird Ridge is in the foreground.
« PREV NEXT »

between the background and foreground! Stayed at that Bird Creek CG once upon a time. Looks like that's close to where this is.

Yep, Bird Creek CG is just past that gash at the toe of Bird Ridge (the gash is the new parking for Bird Creek, where the highway engineers got a little out of hand).

Hey, hadn't you heard? Those little penguins migrate back and forth from Antarctica in a 12,000-mile non-stop flight. And they don't eat a bite the whole way. Nature is so incredible! They say lately a few have been getting shot down by yahoo hunters around Ash Creek Butte down south, but most still make it through. In springtime the flocks land on Penguin Peak and just about turn it black. Later on the top is white from their leavings, which is why it appears that way in the photo. So that's the story behind the name. There's even a move afoot to build a $50 million visitor center at the base, called the Ted Stevens Penguin Observatory.

As I read I was all prepped with a "damned Alaskan hunters and their helicopters" bit then you made me lose it at the end.