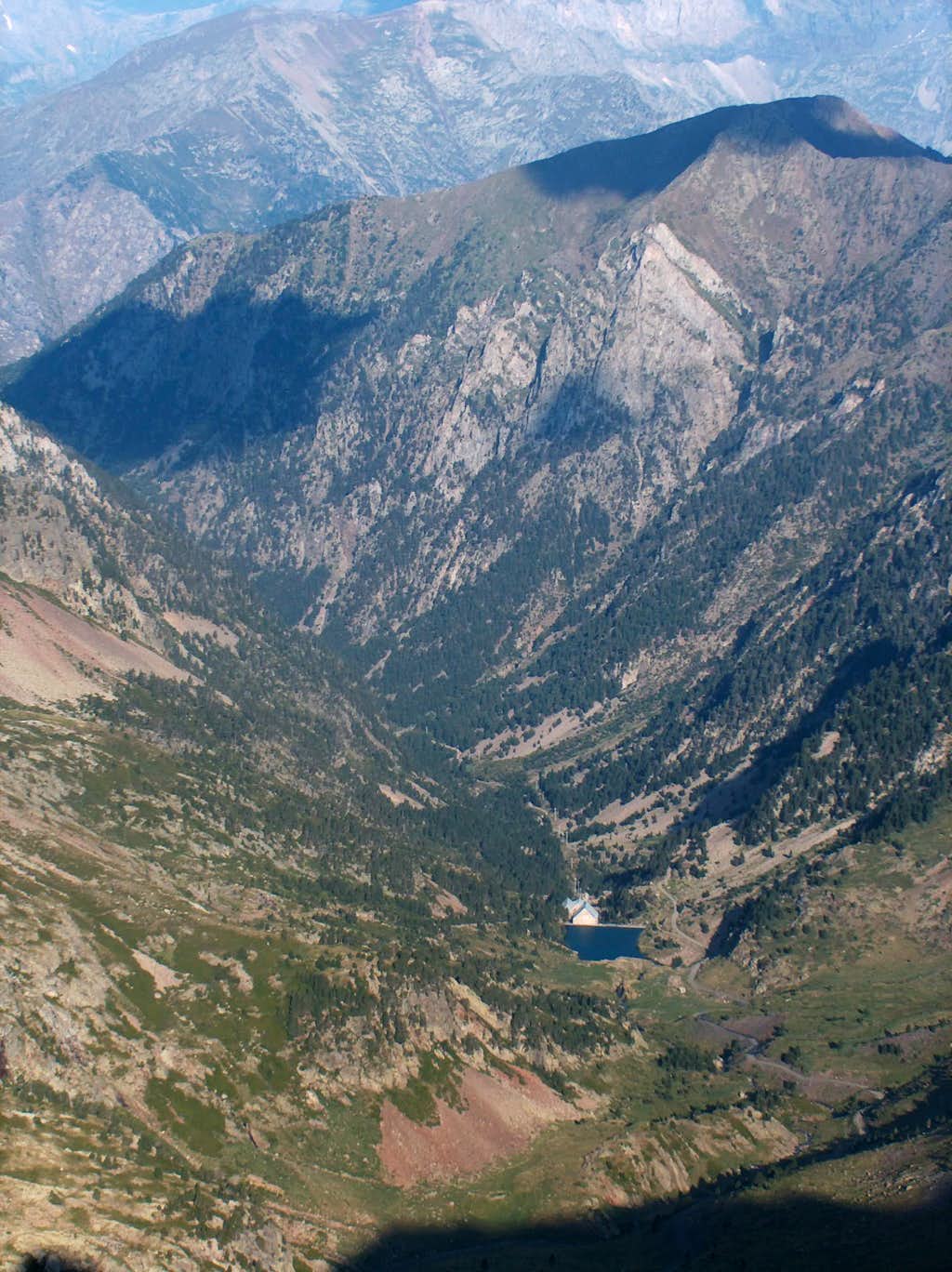 From Pico d'Ordiceto, looking down into the Ordiceto valley
« PREV NEXT »

..Pic de la Espadé o Pico de la Espada o L'Amurriador? So many names. We tried to climb it from the Urdiceto ridge 2 weekends ago and only got as far as the first summit...

That peaklet below ? no idea... Bielsa land !
But the whole Cauarere ridge walk is something special, I recommend it.

The "peaklet" I'm talking about is over 2,800m. Well, what is thte Cauarere ridge? I must look it up. I have seen an HRP path on the map- eg from above the Tunel de Bielsa and SE: Port de Salcorz - Puerto de Trigonero etc. Is that what you're talking about? Or is SE from the Puerto de Urdiceto?

do you speak what do we see in this picture or where from was it taken ? if "from" it was from the Ordiceto peak itself just east to the "puerto", the ridge extends further via Port de Plan and Port de Cauarere (no idea if the spanish spelling is the same), the latter being the start of the ridge walk to the Batoua. THe next peak after Ordiceto on the ridge is called Pena Blanca from spain and is a common skitouring goal from Tabernes. The whole ridge is very wide and strewn with stones of unusual colours, a real trip on Mars or in the Altiplano of Perou !