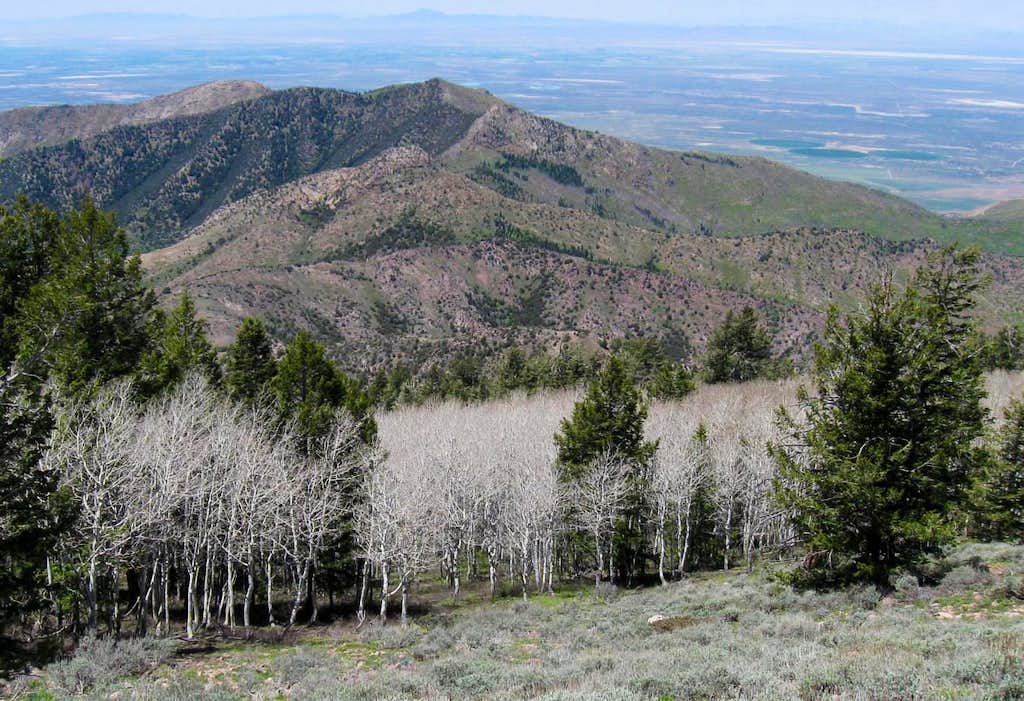 These aspen trees were all white, not a speck of green on them. I wondered if they were all dead or still dormant from the winter considering the elevation being 9300 feet where they were located. Any one know about Aspen trees? 6-14-08
« PREV NEXT »

Dean, found this in Wiki...

Beginning in 1996, individual North
American scientists noticed an increase
in dead or dying aspen trees. As this
accelerated, in 2004, word spread and a
debate over causes began. No insect,
disease, or environmental condition
is YET specifically identified as a
joint cause. Trees adjacent to one
another are often stricken or not.
In some instances entire groves
have died.

(Not to worry, Dean!!) One such colony
of aspen in Utah, given the nickname
"Pando," is claimed to be 80,000 years
old, making it possibly the oldest
living colony.

So, that 80,000 year-old colony makes
up for the ones that are dying [kidding].
The issue is still being 'debated' by
scientists in Utah.

My husband and I had a forester from Colorado State Forest Service on our property the other day for a forest health assesment. He provided us with this fantastic document titled "What's Happening in Colorado's Aspen Forests?", published in conjuction with the US Forest Service, USDA, Colorado Forest Restoration Institute and Colorado State University.

You may find some information in here of interest by way of explaning the ghostly trees pictured above. Among them may be a macro disease/pest issue such as tent caterpillarss, canker diseases and borer insects as well as macro factors such as elk over-grazing and fire suppression. This short 4-pg doc is a good read if you're truly curious about the situation.

Here is the link to the PDF: www.fs.fed.us/rmrs/docs/aspen/Aspen-Change.pdf

Dean, did you see any elk out there?

Good info Larry and Sarah. Sad, to think of the loss of those trees, particularly in the fall season. I didn't see any elk up in there or even any sign. Some deer sign and a few mosquitos to keep me company for a bit.