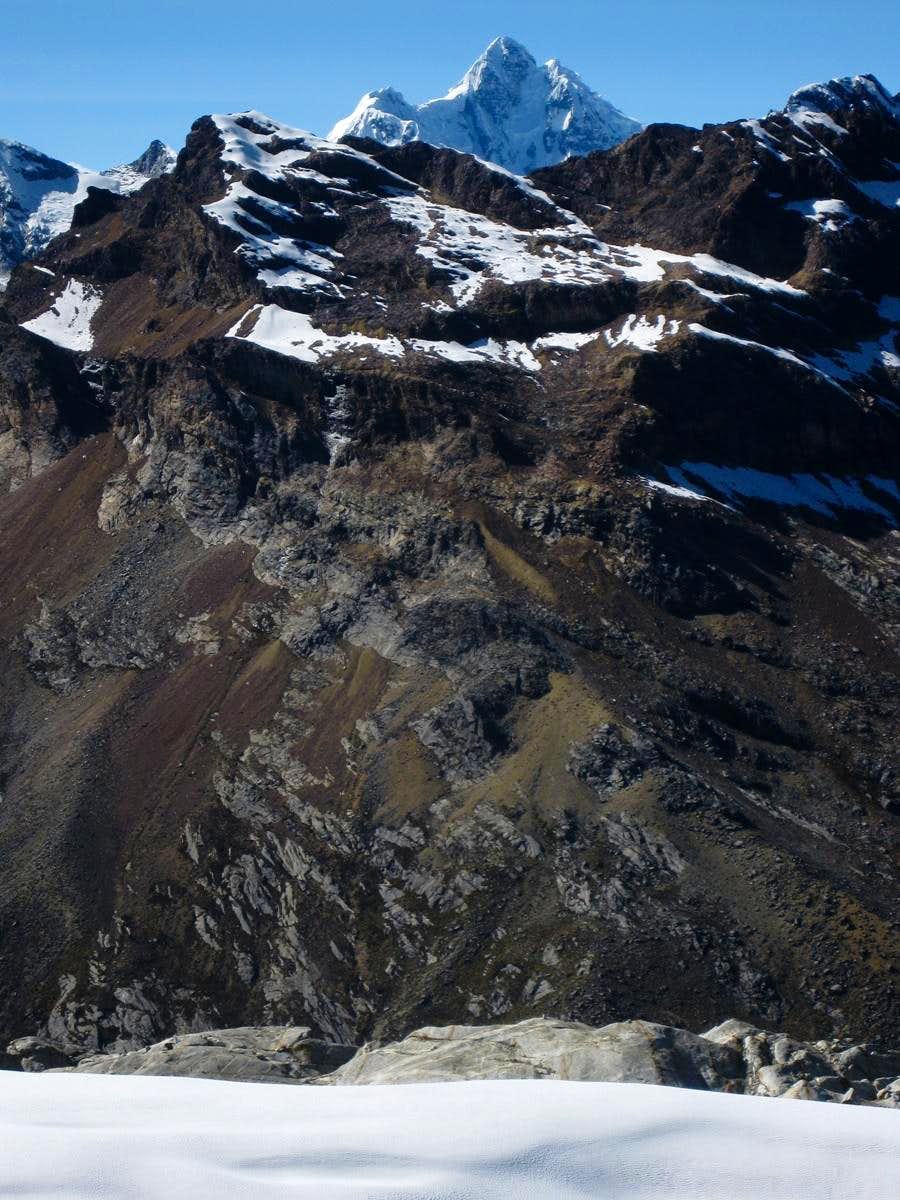 It looks so close, but appearances can be deceiving. It may look as if Huantsan is just on the other side of the valley, but in fact it's almost 20km away, and there are several ridges and valleys in between. To give an idea of the scale involved, this is taken from well over 5000m, high on the slopes of Vallunaraju. The ridge on the other side of the first deep valley, Quebrada Llaca, is about 3km away and the summits are just over 5200m. The valley floor in between isn't even visible in this image, but is around 4400m. 14 June 2011.
« PREV NEXT »