A Forever Kind of Peace 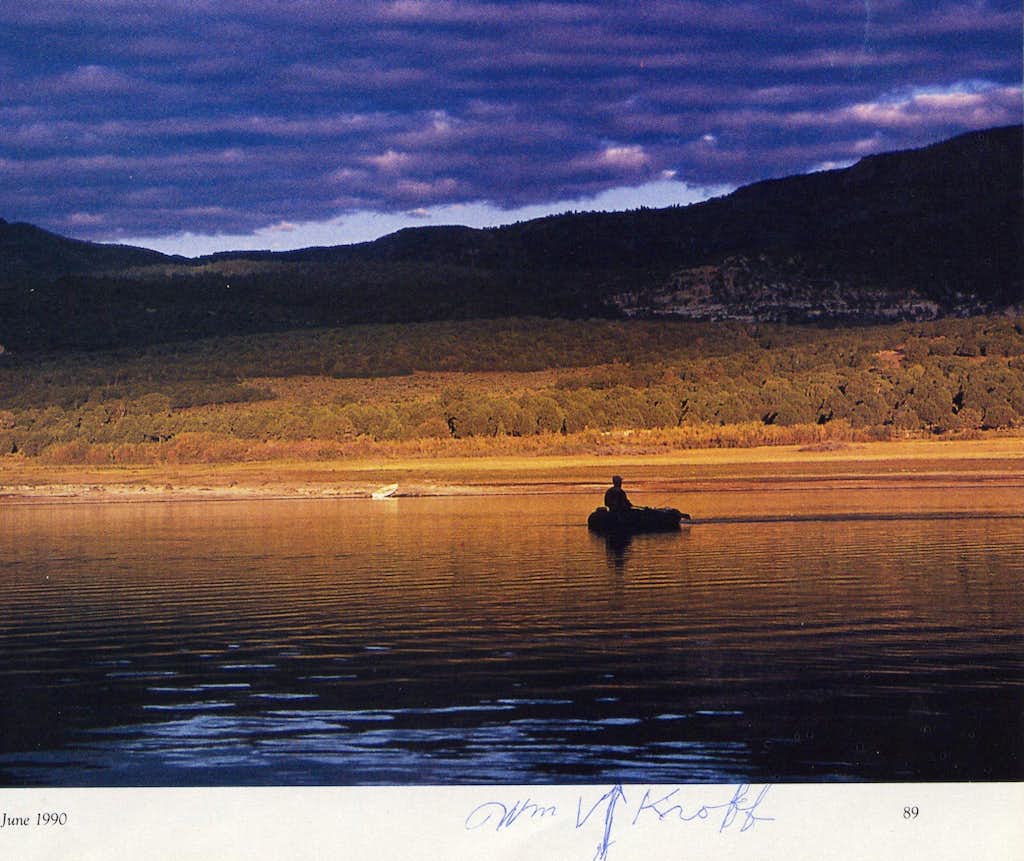 This photograph appeared in the June 1990 edition of Sports Afield magazine, and is credited to G. Cloyd Krebs. It was taken of a family friend, a solitary figure fishing at Lower Bowns Reservoir in southern Utah's Dixie National Forest/Boulder Mountain area. In his retirement years, he grew so fond of this area that he spent each summer at this peaceful lake in Utah's red rock country. He was always quick to SHARE his outdoor experiences with the public, and served as an Official Host and Volunteer for the Dixie National Forest. His goal was to help everybody, but never to ask help from anybody. He became a well-known presence at the lake, camping beneath the canopy of a sprawling Ponderosa pine tree throughout the summer. Approximately four years after this photo was taken, while eating his lunch beneath the tree, Verl was stuck and killed by a single bolt of lightning descending from the sky during a summer thunderstorm. He was 86 years old at the time, and THIS is where he wanted to BE.
« PREV NEXT »

I like to think he died with the most
comfortable shoes on his feet, even though he
didn't have FAR to walk into the next world.

I like the serenity of this photo. Thanks for your comments and encouragement.
Randy

Where have you been - on an extended vacation
or something?

Serenity is what I strive for in my lifetime.

Thunder & Lightning - In Memory of An Old Friend(Article)