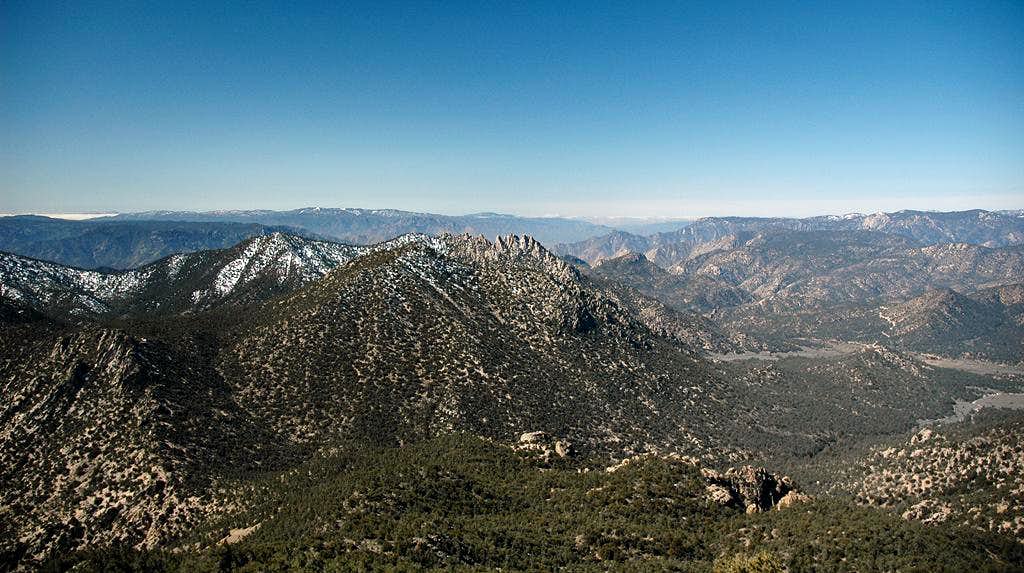 Lamont Peak as seen from the summit of Sawtooth Peak. The long east ridge can be seen stretching out to the left of the pinnacled ridge. "Lamont Peak East", the triangular high point on the ridge, is slightly higher. Lamont Point is in the foreground. The PCT leaves the saddle in the lower left foreground and heads up the shallow valley left of Lamont Point, and then continues on a bit closer to the crest until reaching the east ridge of Lamont/West ridge of Spanish Needle. Lamont Meadow is down and to the right to Lamont Peak. April 9, 2006.
« PREV NEXT »