“Like a ship sinking in the trough of a wave” 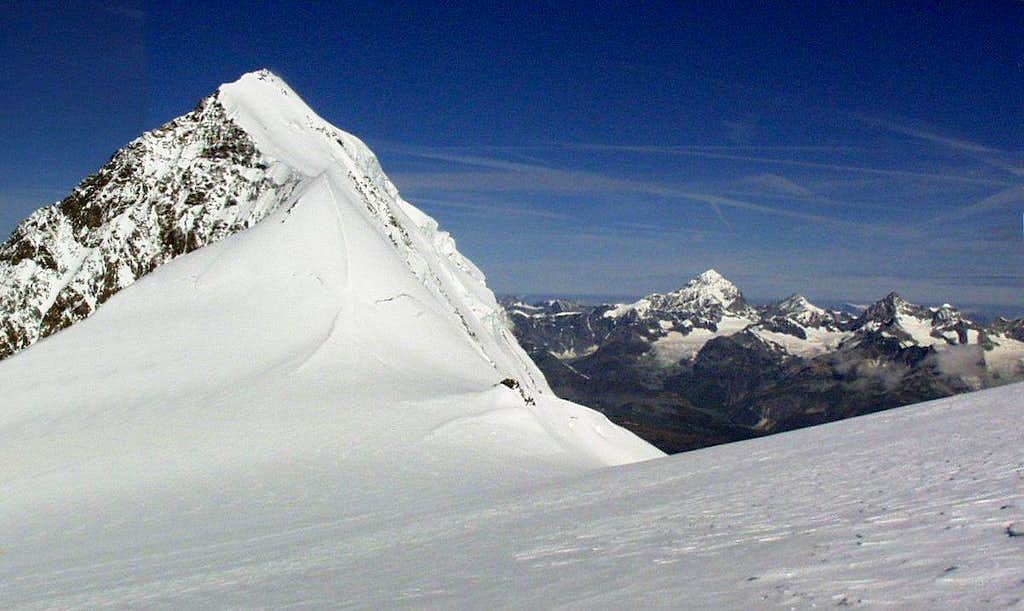 The Lyskamm ridge should be taken seriously. Charles Gos tells in his “Alpine Tragedy” about what happened in September 1877: "The snow is good. They find it easy to place their feet, which bite into the crust of sparkling crystal. But are they not drifting too far from the crest? To assess the thickness of the cornice and to estimate the extent of its overhang they should be below it, or lower down, at a point clear of snow. But they are above it. Now it is just at this point that very thin fissures begin to run parallel to the cornice at the edge of the crest, blue serpentine lines on white snow. They are too far to the left, completely above the overhang. The five fleeing men never reach the edge. For them it is all over. For suddenly, some ten feet from the arête, the snow beneath them moves and slips away, like a ship sinking in the trough of a wave. They are swallowed up in a flash and vanish into the abyss of the Italian side in a cloud of snow and ice." August 2000. The distant peaks are Dent Blanche, Grand Cornier and Obergabelhorn.
« PREV NEXT »

is very off putting!

Well, I read that a long time ago and it is for ever linked to the Lyskamm. Anyway, thanks for visiting.