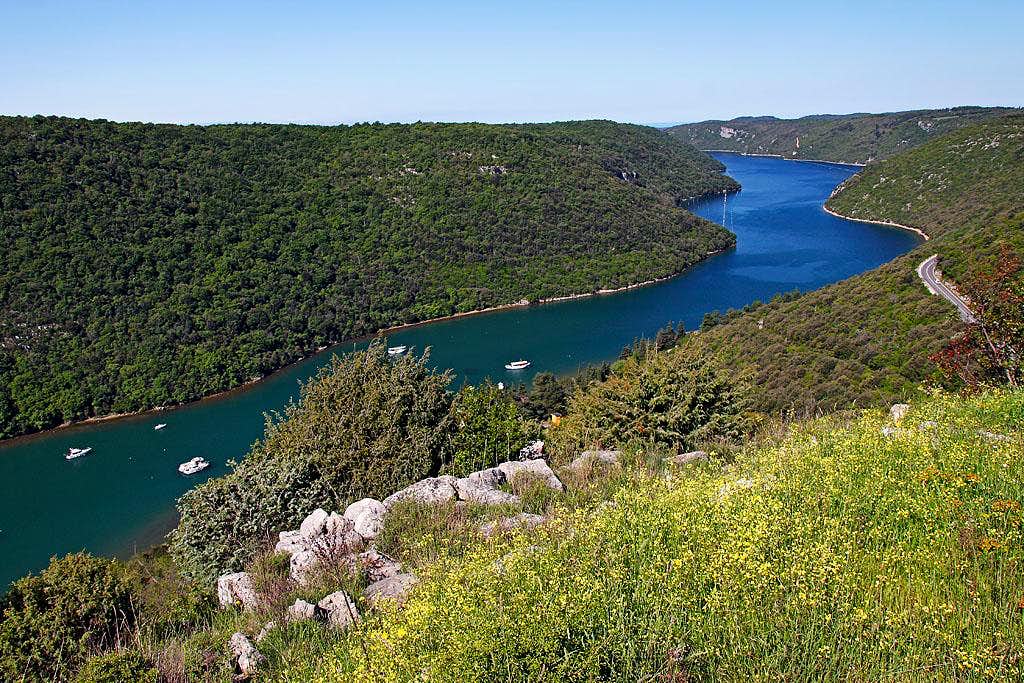 This is the view on Limski kanal from Gradine. The narrow valley was cut in the past by Pazinščica creek (river at that time) and later flooded by the Adriatic sea. In the cliffs near the channel there are several sectors, arranged for free climbing. Gradina is a plateau-like hilltop, some 150 m above the sea level. As many other similar hilltops it was inhabited since neolithic times. Most of the archeologic evidence is from the bronze age and iron age (pottery and graves). April 29th, 2016.
« PREV NEXT »